Those who were looking forward to the Ivan Baranchyk-Jose Zepeda junior welterweight fight will have to wait.

Baranchyk’s rib injury is serious enough that the former IBF 140-pound champion will need an extended break before he can train again. Their handlers had hoped that the rib injury Russia’s Baranchyk (20-1, 13 KOs) suffered during a sparring session last week would heal quickly enough so that they could reschedule the Zepeda-Baranchyk fight for a few weeks after its original date of July 7.

BoxingScene.com has learned that Top Rank therefore is in the process of securing Marcelino Lopez as Zepeda’s opponent for the main event of the July 7 card ESPN will televise from MGM Grand Conference Center in Las Vegas. Assuming Zepeda-Lopez is finalized, an official announcement could come as soon as Monday. 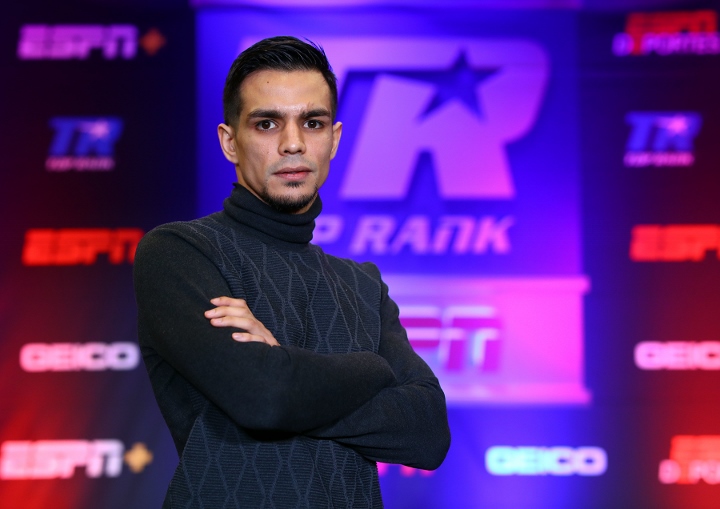 Baranchyk-Zepeda was one of the best bouts Bob Arum’s promotional company put together since that process began again last month, but Lopez at least is a capable replacement. Argentina’s Lopez (36-2-1, 21 KOs) has won four straight bouts, all by knockout, since losing a 10-round split decision to Michael Perez (25-3-2, 11 KOs) in April 2017, including a second-round knockout of Pablo Cesar Cano (33-7-1, 23 KOs) in October 2017.

In the 34-year-old Lopez’ most recent action, he knocked out Mexican veteran Daniel Echeverria (21-10, 18 KOs) in the fifth round August 10.

The 31-year-old Zepeda (31-2, 25 KOs), of La Puente, California, also gave Jose Ramirez what Ramirez deemed the toughest fight of his career in February 2019. Ramirez (25-0, 17 KOs), the WBC/WBO 140-pound champion, edged Zepeda by majority decision in their 12-round fight for Ramirez’s WBC super lightweight championship at Save Mart Center in Fresno, California.

The card headlined by Zepeda-Lopez also will include a 10-round featherweight fight in which Andy Vences (23-1-1, 12 KOs), of San Jose, California, will meet Mexico’s Luis Alberto Lopez (20-2, 11 KOs).

Chon has improved from just two or three years ago. He was a plodder with a good right hand. His footwork, upper body movement and jab are better now, but it looks like a trade off. His right hand isn't…

[QUOTE=Mammoth;20634576]Prescott is usually pretty durable too. I can't count Lopez out in this but I think Chon probably a little too skilled and should win. Who knows with a last minute replacement though......[/QUOTE]I just think Zepeda is more seasoned his…

[QUOTE=Kannabis Kid;20634573]Yeah man he really does nobody had ran through Cano like that and he just put him out.[/QUOTE] Prescott is usually pretty durable too. I can't count Lopez out in this but I think Chon probably a little too…

[QUOTE=Mammoth;20634563]I like it. Dude has some heavy hands.[/QUOTE]Yeah man he really does nobody had ran through Cano like that and he just put him out.

lopez isn't fighting zepeda, he just confirmed it on instagram, they offered the fight and he passed. dumb desicion if you ask me, i like nino, but he is so inactive and the current situation doesn't help. he is also…