The third time may be the charm for WBC and WBO super lightweight champion Jose Ramirez.

Ramirez’s fights against Viktor Postol were twice postponed due to the Covid-19 global pandemic, first on Feb. 1 in China and again on May 9 in Fresno, California.

Now, as the boxing calendar picks back up after the Nevada State Athletic Commision cleared for Top Rank to begin staging shows June 9 and June 11, Ramirez is eyeing a return to the ring against Postol in the second or third week of July, several sources with knowledge of Ramirez’s return told BoxingScene.com. 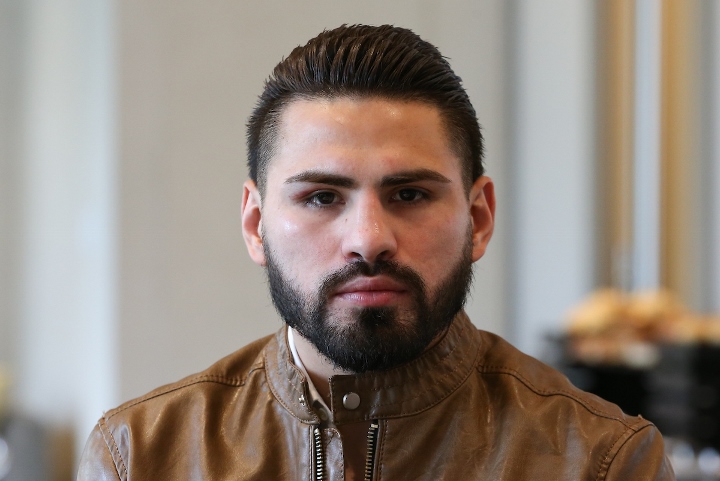 Top Rank is preparing to stage multiple mid-week shows in July on Tuesday and Thursday nights, and the plan is to provide one of the mid-month slots to the unified 140-pound champion and former 2012 United States Olympian.

The goal is for the Ukranian Postol (31-2, 12 KOs) to return back to the United States to resume training under coach Freddie Roach, and challenge Ramirez (25-0, 17 KOs). Earlier this week, Chad Wolf, the acting Secretary of Homeland Security, said the U.S. would lift travel restrictions on certain professional athletes to enter the country.

As of now, Ramirez does not have a backup opponent in place and is preparing to fight Postol, his mandatory challenger and a former world titlist.

Ramirez has been keeping busy and staying in shape with trainer Robert Garcia in Riverside, California.

Las Vegas or California could be the locations in which the Ramirez vs. Postol fight could be staged.

The California State Athletic Commission has not yet given the green light for the return of combat sports across the Golden State.

Much of Los Angeles County is still in stay at home orders due to coronavirus, while neighboring Orange, Ventura, San Diego and San Bernardino Counties are in an advanced stage of low-risk reopening.

Am becoming a massive fan of Ramirez. I can’t wait to see him back in the ring.

Boycott! We want Taylor and no one else!!! Phucking tired of all the bs