Jose Ramirez: Pacquiao Will Be More Than Ready For Vargas

Senator and eight division world champion Manny Pacquiao's sparring partner, unbeaten Jose Ramirez (18-0, 13 KO's) says the 'Fighter of the Decade' is "going to be more than ready" when he faces WBO welterweight champion Jessie Vargas at the Thomas & Mack Center in Las Vegas on November 5, which will be November 6 Manila Time.

After six rounds of intense sparring last Saturday at the classy Elorde Gym in the Mall of Asia complex, Ramirez told BoxingScene.com/Manila Standard has had three weeks of great sparring and while it's been a tough camp for Manny, he is going to be more than ready on November 5.

The southpaw told us that he had 'learned a lot in the last three weeks I have been here. My speed, my distance and my angles all benefited from
training with Pacquiao over the past three weeks.' 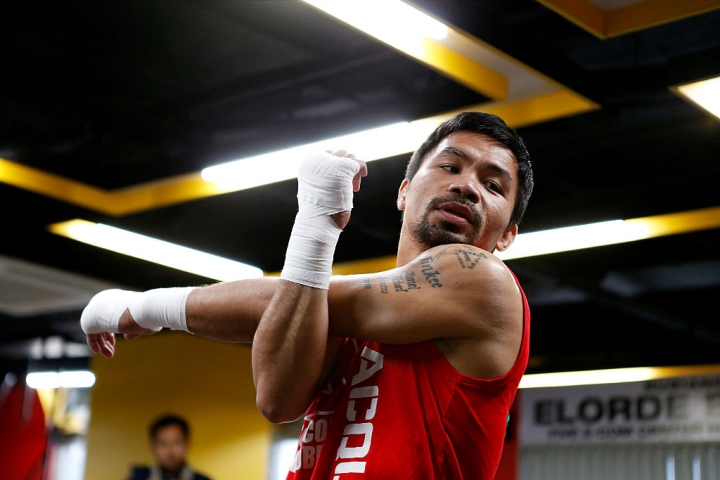 Ramirez will face Puerto Rico's 35 year old Gabriel 'Tito' Bracero, who has a record of 24-3 with 5 knockouts for the WBC Continental Americas super lightweight title in Fresno, California on December 10.

Ramirez who will train at Freddie Roach's Wild Card Gym for the last five weeks, says he will be ready and hopefully will get a chance to fight for a world title.

He said Bracero is "a tough opponent who just fought (and lost a ten round points decision) to Paulie Malinaggi."

I'm a huge Pac fan and not even I'm excited for this matchup. This should not be a ppv fight. My protest of these crap ppv fights continues. I have not purchased not even 1 this year and will only…