Jose Ramirez will finally get an opportunity to defend his WBC lightweight title as he faces the undefeated Antonio Orozco from the Save Mart Arena in Fresno, California on Friday night.

Back in the summer Ramirez was scheduled to face Danny O'Connor who had to pull out of the fight as he hospitalized in his attempt to make weight.

In Orozco, he faces a superior fighter. 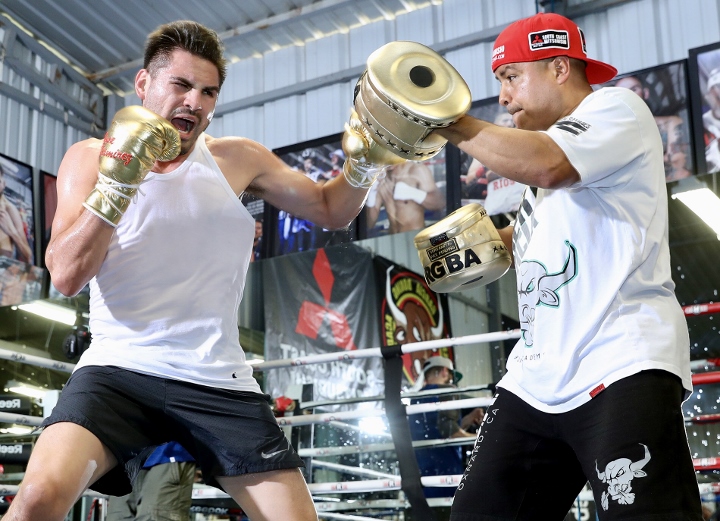 "It's going to be a good fight," said Ramirez, who won the title by defeating Amir Imam on March 17th at the Theater at Madison Square Garden.

As they say, 'styles make fights' and it seems as though Ramirez and Orozco will make for an entertaining affair.

"So I'm training really hard, I'm pushing myself even harder than for Danny O'Connor because I know this guy is a fighter who's coming to fight. He's 27-0 and if I was him I would've been asking the question - where was this shot? So now that he has it, I'm sure he's going to wait to take advantage of it."

When asked if he would utilize his advantages in height and reach to box Orozco a bit, Ramirez answered, "We'll see that night, the better man that night is going to win."

Ramirez-Orozco headlines a card that will be televised on ESPN.

I usually like rooting for the underdog so I'm going for Orozco. Not sold on Ramirez

Not really high on garcia as a trainer and this is a tough fight for Ramirez too. Lets see how it goes

This will be an action packed fight I got Ramirez winning by decision.