Jose Pedraza finished strong, outlanding Raymundo Beltran 21-14 in power shots over last 2 rounds, dropping the defending champ in round 11. Pedraza had a 62-18 edge in jabs landed and will next fight Vasyl Lomachenko in a lightweight unification fight. 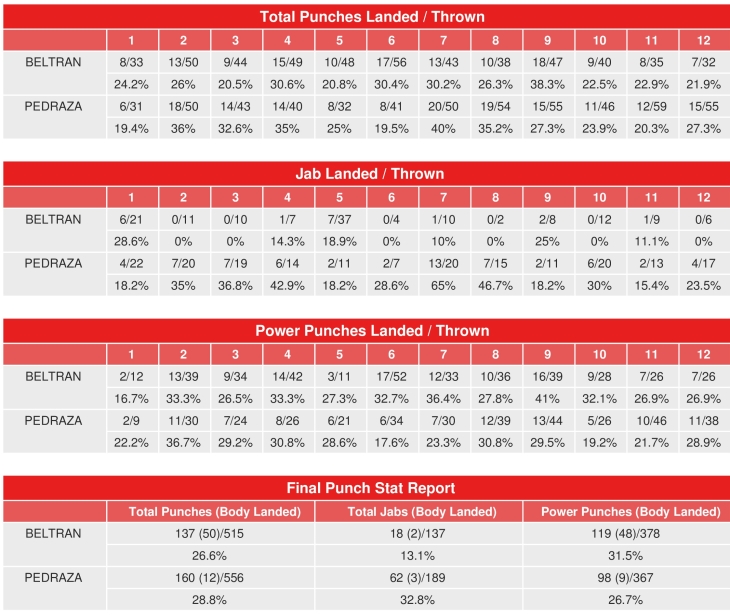 With the victory, Pedraza (25-1, 12 KOs) is expected to fight WBA lightweight champion Vasiliy Lomachenko on Dec. 1 to unify two of the division's titles. Pedraza returned from a 14-month layoff in March and won two bouts to earn the shot at Beltran.