According to Puerto Rico's Jose "Sniper" Pedraza (24-1, 12 KOs), he's currently waiting to sign the contract for a planned fight with the lightweight world champion of the World Boxing Organization (WBO), Ray Beltran (35-7-1, 21 KO's).

Earlier this week, their mutual promoter, Bob Arum of Top Rank, said the contest would take place on August 25 at the Gila River Arena in Glendale, Arizona.

"At the moment I have not signed anything, but it's close [to happening]. We are on the other side," said Pedraza to Sara Del Valle Hernandez. 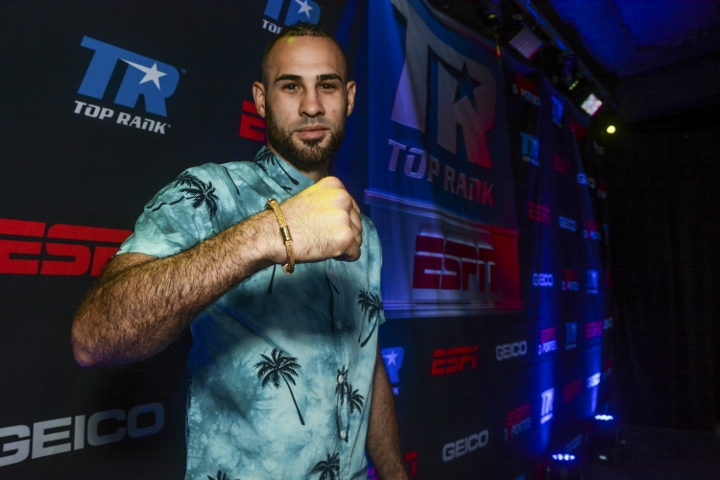 Back in June at the MGM Grand in Las Vegas, Pedraza had a very tough time in winning a unanimous decision over Antonio Moran for the WBO Latin lightweight title.

After that bout, the plan was directly to have Pedraza - a former IBF super featherweight world champion - fight Beltran for the opportunity to become a two-division beltholder.

But then there was a minor snag when the WBO ordered Beltran to fight mandatory challenger Roman Andreev of Russia.

There was good news earlier this week for Pedraza, after Andreev informed the WBO that he was injured and unavailable to fight.

"The good news has arrived that I will have this opportunity, I feel very good. It's very nice and I know we're going to make the most of it," said Pedraza.

Beltran is of 36 years old, but he's still a very dangerous fighter.

He won his last six ring outings, with the last defeat being a twelve round decision loss to current pound-for-pound king Terrence Crawford in 2014.

"He is the typical Mexican boxer who is a warrior and leaves everything in the ring," said Pedraza.

"He may be less uncomfortable than Morán because he's not as tall, but he is a world champion. So it's not going to be easy and I'll have to make a real effort."

beltran got heart but the rican beats him!

Did Arum slip Roman Andreev some money to get "injured" and clear the way for Beltran vs Pedraza?