Jorge Linares, a three division world champion, returned to Venezuela after four years of being away, and this visit allowed him to spend time with his people, and he took part in a press conference.

“El Niño de Oro” talked about his current career status and his goals for 2020, explaining that his main objective is to become world champion in the lightweight division to regain his elite fighter status.

“I promised Gilberto Jesús Mendoza (WBA President) that no matter how, this year I’ll become champion one more time, not only for the WBA, but also for my country and my family," said Linares in a conference which was broadcast through the World Boxing Association's Youtube channel. 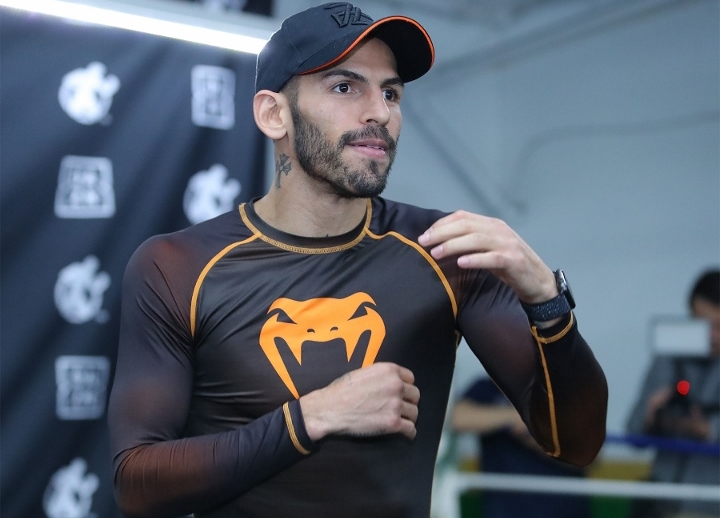 The 34 year-old fighter knocked Carlos Morales out on February 14 in four rounds in a bout that where we saw see a stronger and explosive Linares.

The Venezuelan assured everyone that all of that was because of a series of elements that surrounded him during the preparation for that fight.

“I made some adjustments in my career, personally, and more importantly psychologically. Returning to Japan, where I started my career, working with my younger brother Carlos, who is my official trainer and the best Teiken Promotions trainer. Everything worked excellent for me.. those decisions were made after the loss against Cano. I made my comeback in September by facing a Philippine in Tokyo, and now that great performance I had with Carlos Morales back in February, a fighter who complicated things for Ryan García, and once again we stole the show. That means a lot to me, because I now feel prepared to be back in the big leagues," Linares said.

Linares also talked about his plans for the immediate future:

“Right now I'm hearing some names like Ryan Garcia and Luke Campbell for a second fight. There are many good opponents in the 135 division and that was why I felt motivated to return to this weight class."

This is who should be facing tank instead of little LSC. If tank could beat Linares at this stage he hasn’t got the goods.

Word is Garcia people believe Linares is too risky

Marquez was my favorite fighter for years but with his departure, I got on the Linares wagon. Linares is the only fighter, besides Inoue, who floats my boat. I fkin love watching him fight no matter what kind of fight…

Linares definitely showed he still has some something left in the tank in his last fight. Hopefully they forget Campbell & make the Garcia fight like they said they were. Judging by DLH's face when Linares called him out after…

Wait, I thought it was official already according to Garcia. Here it sounds like nothing is set .