With the victory, Linares improves to 47-5, 29 knockouts.

Linares last fought on Sept. 9 in Tokyo, Japan, where he lived for several years, dropping Al Toyogon of the Philippines en route to a decision victory. The fight took place almost eight months after his shocking opening round knockout loss to junior welterweight Pablo Cesar Cano.

Morales entered the fight unbeaten in his previous three fights since his unanimous decision loss to Rene Alvarado in December 2018.

Midway through the opening round, Linares suffered a cut alongside his left eye from an accidental clash of heads with Morales. That seemed to have little effect on Linares as he continued to work behind a stiff jab, connecting with right hands to the head. 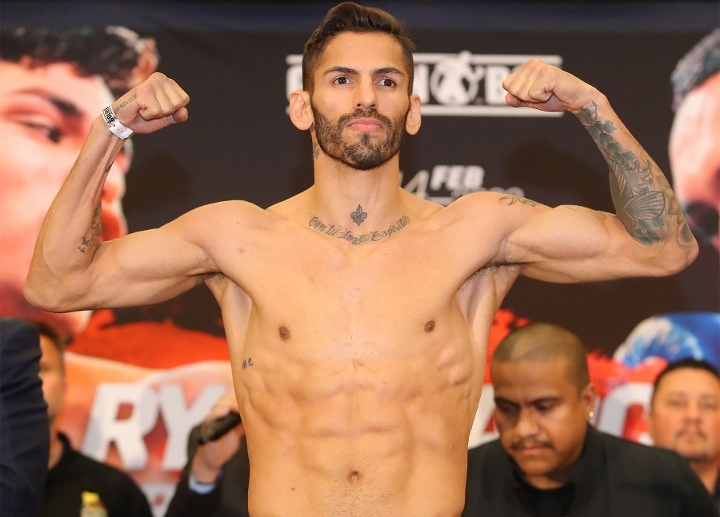 Towards the end of round 3, Linares dropped Morales face-first to the canvas with a right cross to the head. Morales did beat the count and was able to make it out of the round.

Linares ended matters in round 4, landing a jab to the body and following it up with a right cross to the head of Morales, dropping him to the canvas. Referee Thomas Taylor immediately stopped the fight at 2:09.

After the fight, a fight between Linares and Ryan Garcia was proposed for July at Staples Center in nearby Los Angeles. That was all contingent to Garcia defeating Francisco Fonseca in the main event of Friday's fight.

[QUOTE=_Maxi;20394038]By beating a guy that was 19-4-4? really guys? Linares is not elite and will never be. 21 years old Ryan Garcia KOs him. Easily.[/QUOTE] That same guy took Ryan to decision, Linares isnt elite but he's still dangerous.

Linares looked like he was going to steal the show with a great performance against Morales who is tough as nails and always puts up a good fight. Then Garcia came and 1 upped him with that knockout. Couldn't of…

[QUOTE=Letmaku;20390885]Linares at 135 is good but needs to be disciplined for the weight management.[/QUOTE] How do you figure? Moving up to 140 was stupid on his part since he couldn't even make the weight (weighed in at 137 for two…