Arce says there are way too many scenarios where an athlete is criticized by people who don't know what exists behind their preparation.

Canelo has been under fire after testing positive for clenbuterol, although everything indicates that it was due to contaminated meat, while Nery lost his World Boxing Council (WBC) bantamweight title on the scale, after weighing in at five pounds above the limit for his rematch with Shinsuke Yamanaka on February 28. 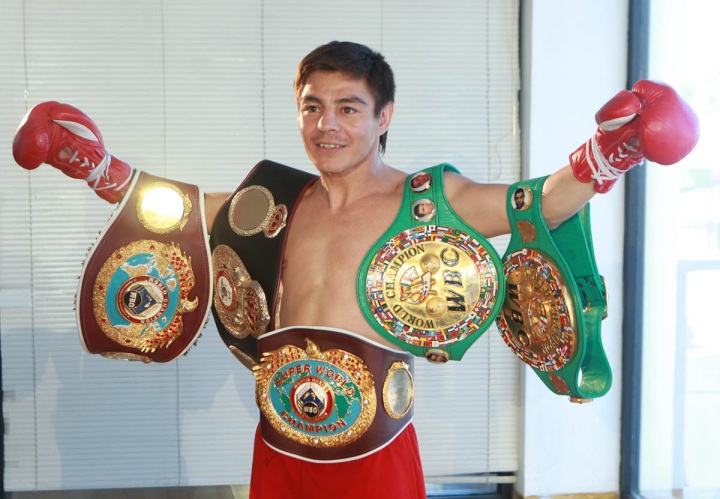 Arece made it clear that a substance such as clenbuterol does not give any physical advantage to boxers and feels confident that Canelo's test is a matter of contaminated meat, as was the case with Erik Morales, Francisco "Bandido" Vargas and Luis Nery.

"A lot of people are misinformed. It came out that Canelo had tested positive and I do not respect that a boxer is being defamed when he is disciplined.. he had never been positive in the past, but when people hear that kind of news they immediately think the worst and then you are labeled as a drug cheat," Arce said.

"It makes them look foolish to make accusations when it is not our fault. A lot of people are ignorant and only hear a positive doping test and quickly think they are drugs cheats."

"It's unfair what happened to Luis, they're calling him irresponsible for not making the weight, but people do not know how we suffer... you can not drink water, it's hard ... he changed the schedule, they took him to Japan, they're making him have a bad image when he really doesn't have one.

"There are many who have a goal to make a certain weight and make mistakes. He contacted a nutritionist and that did not work. He is young, he is undefeated and starting out. He was failed by the system. It's a little absurd that in Japan they have suspended him for life."

Canelo is deep in training for a rematch with middleweight king Gennady Golovkin, which is scheduled for May 5th at the T-Mobile Arena in Las Vegas.

[QUOTE=Mexican_Puppet;18592256]2011 hahahaha kid, you don't know anything about what i said.[/QUOTE] Learn to fúcking read, you ignorant lying puta bítch. You have no fúcking balls, and it shows. I clearly stated that it means it ignored 2011. Both in article…

[QUOTE=rrayvez;18591929]nah, it's just that you're too stupid to argue with facts. Yet another Canelo fan schooled.[/QUOTE] Thats you. The same WADA knows how big is the problem in México and took in a different way the cases from México. But…

[QUOTE=stealthradon;18591876]Okay, tell me, Mr. Google-Fu, what perimeter in this Google search is wrong? [IMG]https://i.imgur.com/rE61vgx.png[/IMG] I can describe exactly what every single one of the perimeters do Mexican is obvious. Google is intelligent enough to know that can also mean Mexico.…

[QUOTE=Mexican_Puppet;18591807]Blah blah blah too long, did not read. So, you don't know how to use Google.... Lol[/QUOTE] nah, it's just that you're too stupid to argue with facts. Yet another Canelo fan schooled.

[QUOTE=Mexican_Puppet;18591807]Blah blah blah too long, did not read. So, you don't know how to use Google.... Lol[/QUOTE] Okay, tell me, Mr. Google-Fu, what perimeter in this Google search is wrong? [IMG]https://i.imgur.com/rE61vgx.png[/IMG] I can describe exactly what every single one of…