Scores were 96-94 twice and 98-92 in favor of Gonzalez in their regional title fight, which topped the season premiere of Boxeo Telemundo. 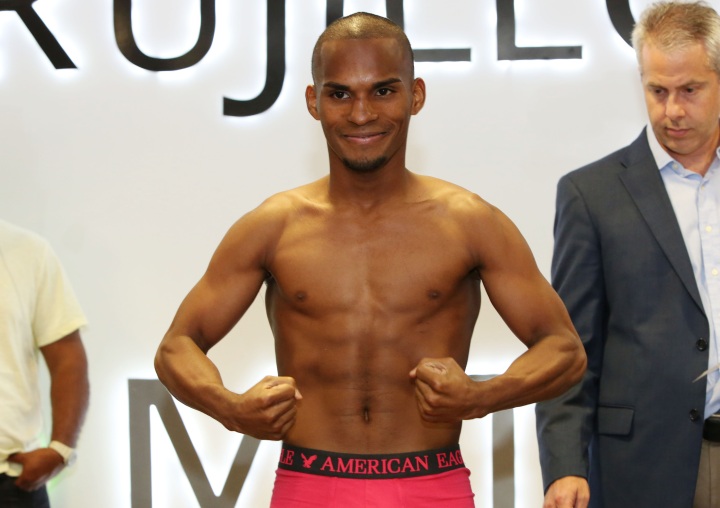 The series made its triumphant return to Miccosukee grounds where it all began 31 years ago. Gonzalez wasn't even born yet when Boxeo Telemundo first launched in 1989, but has become a series fixture over the year. The 28-year old southpaw from Caguas, Puerto Rico proved resourceful in his return to the circuit, putting his superior boxing skills to use in avoiding a war that his opponent so badly craved.

Mexico City's Juarez (25-11-2, 13KOs) never stopped coming forward—the only way he knows how to fight—and often found success in close quarters, forcing Gonzalez's back against the ropes. The issue pressing the 29-year old throughout the bout was keeping his foe pinned down for every long. Juarez utilized lateral movement to control the pace for much of the night, and also work his way out of trouble whenever the boxing match threatened to develop into a slugfest.

The win is the first for Gonzalez since an 8th round stoppage of Juan 'Pinky' Alejo in November 2018. His lone piece of ring action in 2019 came overseas and on the title stage, outworking pound-for-pound entrant Kosei Tanaka over six rounds before getting dropped and stopped in round seven in their flyweight title fight last August in Japan.

Friday's win runs Gonzalez's record to 23-3-1 (13KOs), picking up a World Boxing Organization (WBO) regional title in the process. The plan for later this year is to cash it in for a shot at the real crown, setting his sights on Mexico's Elwin Soto, the reigning WBO 108-pound titlist.

"I'm back at my right weight class," the 5'2" Gonzalez told BoxingScene.com. "I hope my next fight is for the world title, but I will continue to fight whoever they put in front of until I realize my dream of becoming world champion."

The evening's chief support saw Cuban transplant Robeisy Ramirez (2-1, 2KOs) take the first step towards developing a local fan base. The two-time Olympic Gold medalist—now based in the greater Miami area—handed Rafael Morales his first career defeat after scoring a 4th round stoppage in their scheduled six-round featherweight clash.

Ramirez put on a body punching clinic in their condensed affair. Morales (3-1, 1KO) was frozen in place late in round four by a left hand downstairs, as Ramirez continued to pound away at the midsection of the Laredo, Texas native. Three more body shots forced Morales to the canvas for the full-ten count.

Also on the show, Dominican knockout artist Elvis Rodriguez ran his record to 6-0-1 (6KOs) after breaking down Louisiana's Kaylyn Alfred (4-3-1-, 0KOs) over six rounds. Rodriguez—a 24-year old southpaw from Santo Domingo, Dominican Republic who is trained by Freddie Roach—dished out a merciless beating, cornering Alfred and scoring with uppercuts and straight left hands before forcing referee Samuel Burgos to stop the fight at 1:12 of round six.