Johnny Garton claimed another title in what was something of a classic.

The Peckham welterweight took on Gary Corcoran at the Brentwood Centre in Essex, London, with the vacant British title at stake.

Garton, 31, added the Lonsdale belt to his IBF European crown, exclusively live on BT Sport, as part of the supporting cast to Anthony Yarde’s bid to keep hold of his WBO Inter-Continental light-heavyweight title against Walter Gabriel Sequeira. 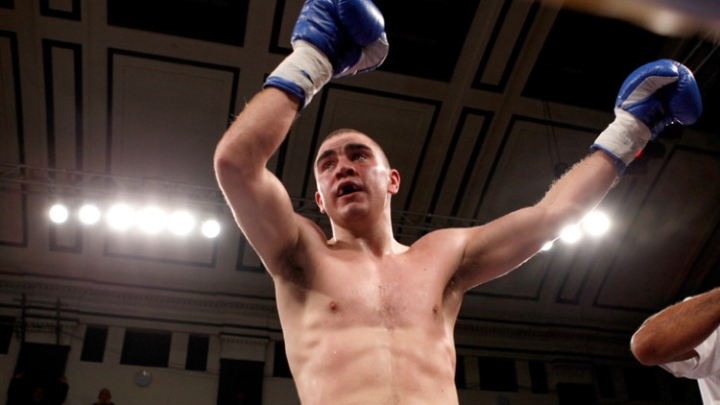 Corcoran, the former WBO world title challenger, was bloodied and bruised – despite having varying periods of success – before being stopped after 42 seconds of the 11th round.

‘The Pexican’, who is trained by Alan Smith and Eddie Lam at the iBox Gym in London, won the belt that was recently relinquished by his gym-mate Bradley Skeete after referee Steve Gray, who was covered in blood at the end of proceedings, had seen enough after Corcoran failed to defend an onslaught from Garton.

Meanwhile, Joe Mullender stopped Ben Capps in an affair that was far from one-sided.

Mullender took on Manchester’s Capps, who suffered a broken jaw in the fight, at late notice and dropped him several times before the referee Kieran McCann called a halt to proceedings after one minute and 46 seconds of round seven of a scheduled 10.

And Zak Chelli got the bragging rights over Umar Sadiq.

The pair, who had only had seven fights between them before their clash, wanted to put everything on the line over eight rounds.

It was Chelli, a second-year business management student at Surrey University, who won by 77 points to 73 in an enthralling showdown in which the loser was knocked down.

Also on the card, James Branch Jr. won on points against Kent Kauppinen by a margin of 40 to 36 and Hamzah Sheeraz got a win over Zygimantas Butkevicius.

[QUOTE=GlassJoey;19210532]This fight deserves more comments. A proper fight[/QUOTE] It was brutal and exciting in equal measure. Both men, the referee and the ring itself covered in blood. Two brave fighters and no quarter given. Great fight.

This was a nice brawl ! Congrats to both men.