Bumphus was 59. According to multiple reports, the former WBA super lightweight champion went into cardiac arrest Friday at a hospital in Tacoma.

The 1980 Olympian had a memorable but brief professional career in the 1980s, when he was trained by the late George Benton and managed by the late Lou Duva. In January 1984, Bumphus became the first world champion for the Duva family’s New Jersey-based promotional company, Main Events. 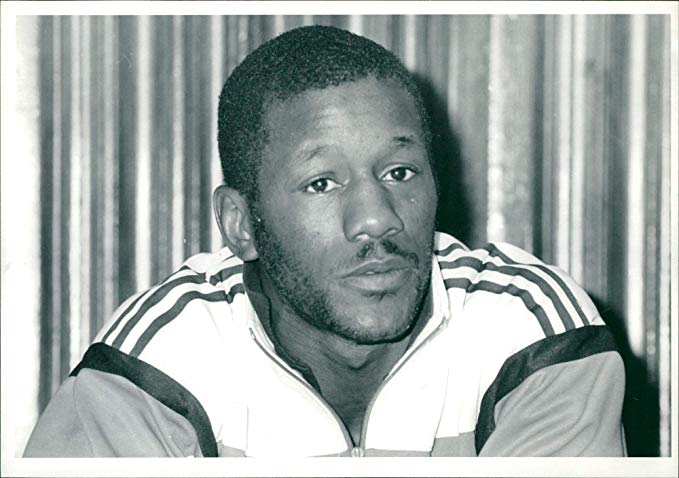 A skilled, strong southpaw, Bumphus went 29-2 and recorded 20 knockouts during a pro career that spanned a little more than six years.

The heavily favored Bumphus lost that title in his first defense, an 11th-round, technical-knockout defeat to Gene Hatcher in June 1984 in Buffalo, New York. Hatcher’s win was named “Upset of the Year” for 1984 by The Ring magazine.

A subsequent seven-fight winning streak, which included a technical-decision victory over eventual WBA welterweight champ Marlon Starling, led to a shot at Lloyd Honeyghan, then the unbeaten IBF/WBC welterweight champion. England’s Honeyghan beat Bumphus by second-round TKO in their February 1987 bout in London.

Bumphus, just 26 at that time, never fought after suffering that loss to Honeyghan.

Bumphus battled cocaine addiction after he stopped boxing. He eventually went to rehab and, at Duva’s urging, began training fighters in the mid-1990s.

Bumphus always felt fortunate that he was able to box professionally. He was a member of the 1980 United States Olympic Boxing Team, some of which died in a plane crash in March 1980 in Warsaw, Poland.

Bumphus, who wasn’t on that flight, and the other remaining members of the team didn’t compete at the 1980 Summer Olympics in the Soviet Union because the U.S. boycotted the event due to the host country’s invasion of Afghanistan.

Watched him all the way through. Rest In Peace Champ.

Bumpus was part of a long line of great fighters I used to luv watching in the 80s, back in the early days of ESPN and of course Wide World Of Sports. R.I.P. champ, gone way too soon.

JB and Rocky Lockridge were the Duva's first champs...then they got most of the 84 team and took off....I started watching boxing in April 83, Johnny picked by one of the boxing mags to stop Aaron Pryor..then he lost to…