Watching footage of both men’s last few fights before Saturday, Zolani Tete looked quicker, more active in letting his hands go, and capable of keeping the fight at a pace and distance he could control. For two rounds, he seemed to be doing that.

One thing no amount of film can tell is what happens when one fighter connects on another. John Riel Casimero may not throw a lot these days, but he’s good at making what he throws count. When the opening was there is round three, he found the target and while Tete beat the count, his legs were gone and stayed that way.

Another knockdown followed by a sustained attack and, just like that, John Riel Casimero is the latest man to join the ranks of fighters to win belts in three weight classes. Formerly a titlist at Jr. flyweight and flyweight, this will be the title opening the biggest doors for the Filipino veteran. He arrives in the bantamweight title mix at a moment when ESPN and Top Rank are set to invest in the division in a big way. 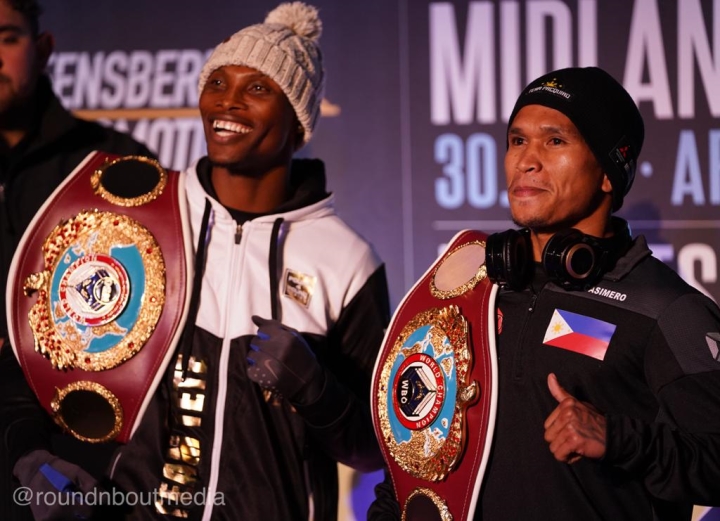 Casimero says he wants Naoya Inoue. Inoue tweeted after the fight that he’s open to the idea. If these two share a ring in 2020, bet the under.

The Future for Casimero: Casimero had been kryptonite for crafty fighters over the years and was again Saturday. Much as was the case in his win over Amnat Ruenroeng, he punched through an apparent skills gap. Knock the other guy out when the chance arises and it doesn’t matter how many rounds they box well in. The questions now are: will Casimero genuinely chase a showdown with Inoue and, if he does, how long will he wait? The new WBO titlist joins WBC titlist Nordine Oubaali in expressing interest in facing the Japanese WBA/IBF beltholder. Inoue can only fight one man at a time and Inoue will have an IBF mandatory due in 2020 as well. Can Casimero hold on to the title if he has to wait? He’s won five in a row but can run hot and cold and is a fighter who can be upset along the way. Conversely, he could add a few more knockouts to a current streak of five. As he adds more victims, the idea of a puncher’s duel between the two three-division titlists would only grow. No one is likely to be favored over Inoue for the foreseeable future below featherweight. Odds don’t determine outcomes and it’s enough to have some fights in the division fans will stay interested in as the new year unfolds.

The Future for Tete: Tete sees a twelve-fight win streak snapped and suffers his first clear defeat since a stoppage loss to Moruti Mthalane in 2010. It comes at a terrible time, pushing him back in a crowded line at bantamweight. Based on the result Saturday, it does raise some interesting questions about what came before. Tete was a favorite in the World Boxing Super Series before being forced to withdraw due to injury prior to the semi-finals. Did we ultimately get the final we would have had anyways? Tete’s reaction to the power of Casimero will cause some to assume as much. Nonito Donaire has been an even more dynamic puncher than Casimero, and more skilled as well. We’ll never know for sure. Tete at 31 can only rebuild and hope for redemption on the other side of what looks like pending unification of the class.

The win of Casimero against Tete made me remember how Manny fought and won against the popular Ledwaba decades ago. Ledwaba was touted to be the next best thing and the ATG halted him. I am hoping Casimero will get…

Inoue vs Donaire was the rightful WBSS finals. One left hook or straight right from Donaire would put Tete to sleep. Too bad for Inoue, he still needs to fight Casimero for the WBO belt.

This fight had zero promotion in the UK which is sad.