Earlier BoxingScene.com reported that the welterweight bout between John Molina and Victor Ortiz, scheduled for this Sunday in Ontario, California, would not be taking place as Ortiz was charged with sexual assault.

While Ortiz is currently out on bail after turning himself in on Tuesday, he was pulled out of this bout that was supposed to be the main event on Fox Sports 1.

It leaves Molina without a fight for this weekend. 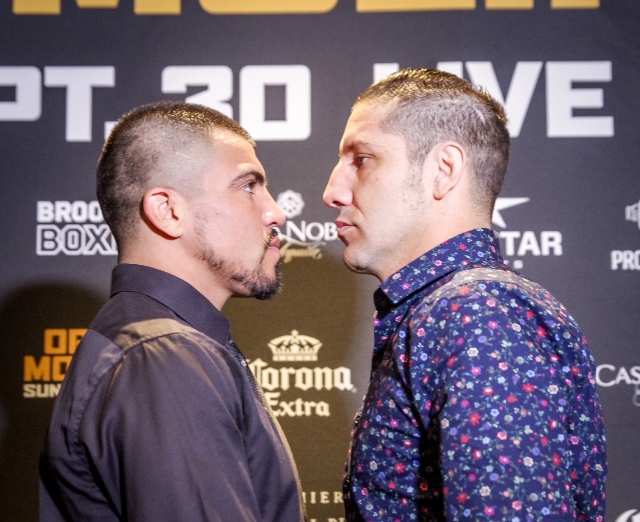 "It's unfortunate because our team was ready," Molina told BoxingScene.com, a few hours after being notified of the fight cancellation.

But Molina admits to being disappointed by the recent developments, "I know what it takes to prepare for a fight of this magnitude and by magnitude I mean that fact that both of our styles were gong to fit hand-in-hand with each other. It really bums me out, it takes the wind out of my sails, for lack of a better term.

"But I know we're going into the ring soon, there's a lot of moving parts they've got to fix and we'll be in there soon. There's a lot of cards from here until December. So we'll be ready."

While he won't be fighting on Sunday, Molina will be at the Citizens Business Bank Arena to watch the action.

"I love football but I'll definitely be at the fights because it's unfortunate, it was a bit of a homecoming for myself and a lot of personal friends and family had purchased tickets and there's no refunds there. So I'll definitely be in the house and share the experience with everybody," said Molina.

Does anybody has cheap tix, I was thinking of going sunday to see what was up,I live across the street and I am sure lots of people dont want to go since ortiz is out and I heard the tix…

Instead of the usual trash talk, Molina's reply was class.

Got to fee bad for John, one of the nicest dudes in the sport. What's Josesito doing this weekend?