John Joe Nevin Has Goal To Win World Title in The U.S.

Medics predicted John Joe Nevin had probably fought his last ring battle after both legs were broken by a thug wielding a golf club in a savage and cowardly street attack but, five years on, the Irish amateur legend find himself just one win from improbable world title contention.

If the Mullingar magician can cast a spell over Nicaraguan nightmare Freddy Fonseca and collect the WBA International Super-Featherweight strap at London’s York Hall on Saturday 16th November, he will gate crash the world rankings. The fight will be broadcast live and exclusive in the U.K on free-to-air Channel Five as chief support to the mouthwatering IBO World Super-Featherweight title clash between Alex Dilmaghani and Freddy’s brother Francisco Fonseca.

A pro for over five and a half years now, the former European amateur champion, 2012 Olympic finalist and two-time world medallist knows that this is his time to secure the glory and gold that his unquestionable ability merits. 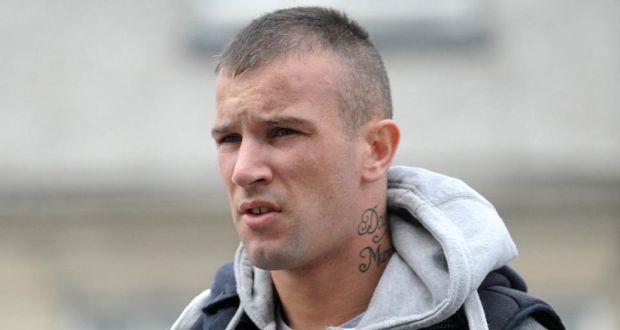 He said, ’After turning pro in 2014, we wanted to attack the world titles pretty much straight away but, in hindsight, the injuries have been no bad thing. My body has been flat out at the boxing since I was 11 years old so the breaks have allowed my body time to recover. Where as some of my contemporaries are already burnt out, I’m a new man!

My hit and not get hit style means that, after about 250 amateur bouts – plus all those tough training camps with Cubans and Eastern Europeans - and 14 fights as a pro, I still haven’t a single mark on my face. For me, boxing has never been about taking hits. I want to know who I am in the morning.’

Though undefeated in 13 paid outings, British fans could be forgiven for losing track of the man who ran Team GB’s Luke Campbell to the wire in the 56 kg gold medal match at the London Olympics.

‘I started my pro career out in Philly (Philadelphia) under a guy called Tom Moran who’d previously worked closely with the likes of (world champions) Tim Witherspoon and Kassim Ouma,’ explains Nevin who sizzled in nine outings in US rings.

‘Already I’ve got a big profile on the East Coast of America, particularly with the Irish communities over there. If ever I got a chance to fight for the world title in the US, I’d command a very big following.’

Now the 5ft 8in five time All-Ireland Senior champion intends expanding his fan club on this side of The Pond and has recently linked up with Essex based trainer (and two time world title challenger) Jim McDonnell and has long-term manager Ron Boddy and Moran backing him.

‘Jim’s very likeable. My skills were already world class when I linked with him but he’s significantly improved my energy levels. My fitness is now 120%.  Ron’s a tremendous, trustworthy guy with a good brain for boxing,’ says Nevin.

And over the next 12 months, this audaciously gifted box-fighter intends to replicate his considerable amateur accomplishments within the professional sphere.

‘I was ranked number one in the world in my division when I turned pro,’ he reminds us.

‘Now I’m gonna win lots of titles and earn a good few pounds. God gave me a gift that I have to look after. I’ve all the skills; the foot work, head movement, angles…It all comes so naturally and instinctively. At times, I do things I don’t know I’m doing.