According to numerous outlets in the Virgin Islands, John Jackson is facing a minimum 15-year sentence in federal prison after being indicted on charges of sexual offenses against a minor.

A federal grand jury issued a ten-count indictment against John Jackson, 30, and the son of Hall of Famer Julian Jackson.

United States Attorney Gretchen Shappert announced that Jackson was charged with two counts of production of child pornography, three counts of transportation of a minor with intent to engage in criminal sexual activity, one count of first-degree rape, and three counts of second-degree aggravated rape. 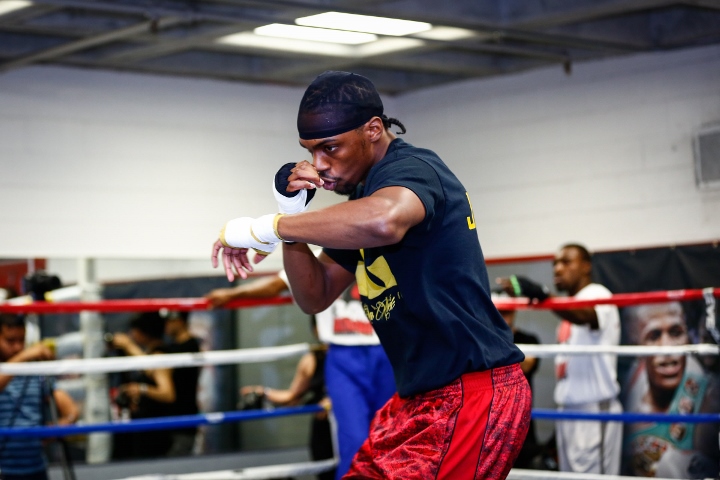 The indictment stems from Jackson allegedly engaging in sexual activity with a  15-year-old female minor, and then producing images of his sexual encounter.

Under federal law, Jackson faces a minimum sentence of 15 years in prison and a maximum of a $250,000 fine.

He was knocked out by Jermell Charlo in eight rounds, when they fought for the vacant WBC junior middleweight title in May of 2016.

He picked up a first round knockout in 2017 to bounce back, but then lost a five round unanimous decision to Eric Walker in April of 2018 as part of The Contender series. That was Jackson's last bout in the ring.

Difficult to have an opinion without knowing all the details. Or at least it should be difficult.

1. Look at her face, definitely looks young. 2. Ain't even that good looking.

i dont wish jail or any kind of negative energy on anyone but this dude deserves the harshest punishment possible. 15 years old, what a disgusting individual!