Junior middleweight John Jackson (21-4, 16 KOs), 30-years-old and represented the U.S. Virgin Islands at the 2008 Summer Olympics, is attempting to get out of jail.

According to the Virgin Islands Daily News, Jackson is currently incarcerated at the Guaynabo Metropolitan Detention Center in Puerto Rico.

The boxer is going on trial for the alleged rape of a 15-year-old girl. He is also facing federal child pornography charges in connection to a video where he allegedly abused the victim. In total, Jackson is facing 11 criminal charges.

Jackson's side is attempting to get him released, over fears that he might catch the COVID-19 virus. 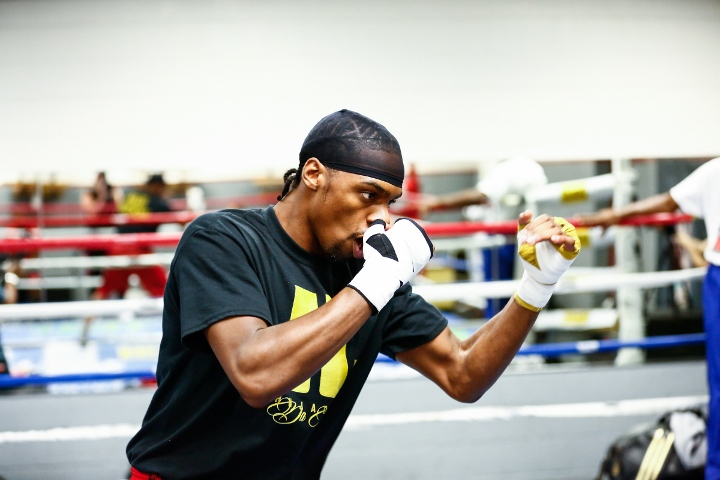 Jackson, the son of former WBC middleweight champion Julian Jackson, has been held without bond for 14 months.

The boxer was arrested back in February of 2019. The father of the 15-year-old girl told authorities that the boxer intoxicated the victim with alcohol and marijuana brownies, before raping her.

He was released on bond, but then violated the terms of his release when he contacted the victim - attempting to persuade her to drop the charges.

Since the arrest, two more minors are claiming that Jackson assaulted them.

While it was agreed that the prison system is overcrowded, Assistant U.S. Attorney Donna Rainwater rejected the position of releasing an inmate like Jackson.

“This can be achieved through the release of other individuals, not those who are charged with numerous sex crimes, including many different offense dates, and involving multiple minor victims,” said Rainwater.

Additionally, she said there have been no inmate infections of the COVID-19 virus.

Jackson was last seen in action back in April of 2018, when he lost a five round decision to Eric Walker as part of The Contender reality series.

In his two biggest career fights, against Jermell Charlo and Andy Lee, Jackson was well ahead on the scorecards when he suffered stunning knockout losses.

Wait, don't we want child molesters to get coronavirus? [IMG]https://media.giphy.com/media/h4Z6RfuQycdiM/giphy.gif[/IMG]

[QUOTE=MrShakeAndBake;20582754]whats with this democrat idiots releasing criminals into population, like coronavirus infections only happens in jail and we are safe out here[/QUOTE] Well they need the room to lock ordinary people up if their masks aren't on tight enough..

[QUOTE=FannonOG;20582963]It's inhuman to keep prisoners locked up during this pandemic. They need to be let out, just keep an eye on them.[/QUOTE] At the risk of being overly obtuse, you are joking, right?

It's inhuman to keep prisoners locked up during this pandemic. They need to be let out, just keep an eye on them.

What a joke this guy is. Using the fear of Covid excuse so he could so get out and rape more underage girls.