Accompanied by his mentor, veteran trainer Jose “Chepo” Reynoso, the prospect from Jalisco announced that next Saturday, June 19, at the Jalisco Stadium in the capital of Guadalajara, he is scheduled to make his pro debut.

Johan's other uncle, Ramon “Inocente” Alvarez, is also part of the card and takes on Omar “Businessman” Chavez in a trilogy fight. 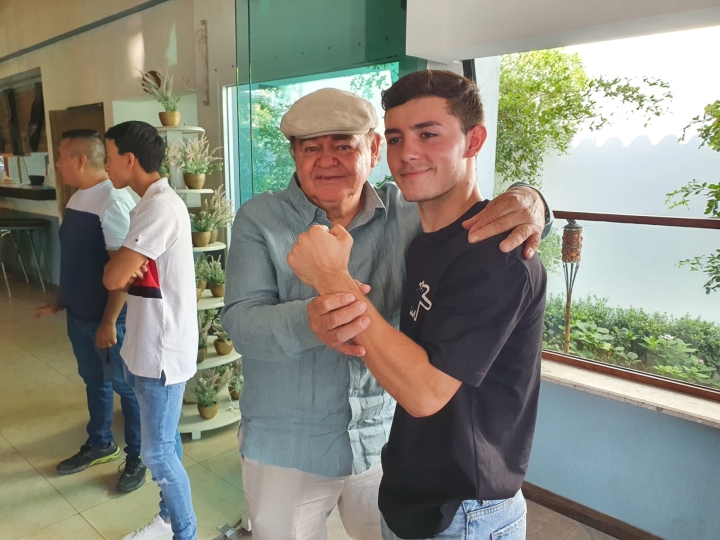 Smiling and with great enthusiasm, the young boxer, barely 17 years old, said he was ready to hit the pro ranks. Alvarez had a quick run in the amateur ranks, with 24 fights, and all of them being wins.

Johansen Alvarez is the son of Gonzalo Alvarez, an older brother of Canelo. The young boxer is being schooled by coaches Chepo Reynoso and Marcelo López.

He will make his debut in the super featherweight division.

"In this division, one of my idols, Floyd Mayweather Jr, made his debut," Alvarez said,.

When questioned about his famous uncle, Canelo, the young boxer was not shy about expressing the great admiration he feels for the fighter currently considered the best pound-for-pound fighter in the sport.

"My admiration goes beyond sports ... I admire him for the great person that he is, a person who likes to support others," Alvarez added.