PHILADELPHIA – Joey Spencer clearly won again Saturday night, but the heavily hyped, 154-pound prospect went the distance for the third time in his past four fights.

His opponent, Erik Spring, showed why he hasn’t been knocked out in 19 professional fights. Spring fought to survive at times, but until the final few seconds of their six-round middleweight match, the southpaw also took Spencer’s power well when the unbeaten 19-year-old landed hard shots on him.

Judges Julie Lederman, Kevin Morgan and Marc Werlinsky each scored Spencer a 60-54 victor over Spring in a fight FOX broadcast as part of the Julian Williams-Jeison Rosario undercard at Temple University’s Liacouras Center. 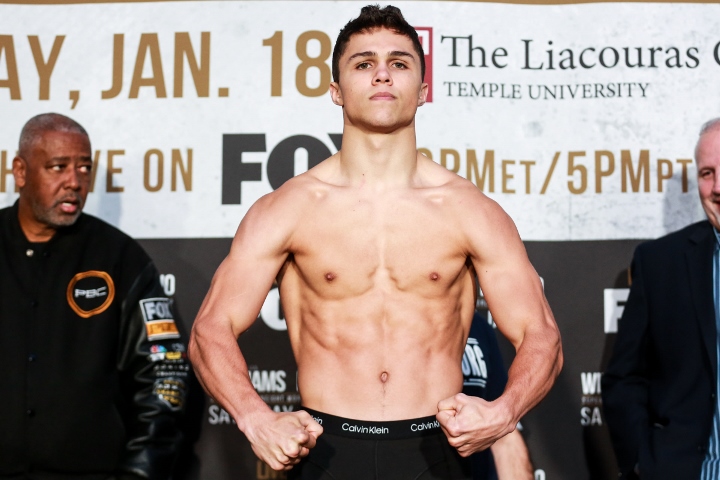 Spencer finally buzzed Spring when he landed a left hook that knocked him off balance with just under 10 seconds left in the fight. Spring fended off Spencer and survived to the final bell.

A right hand by Spencer caught Spring with just under a minute remaining in the fifth round.

After fighting safely for most of the first three rounds, Spring began coming forward and throwing more punches in the fourth round. By making Spencer move backward, he often prevented Spencer from throwing punches.

Spencer’s stiff jab stopped Spring in his tracks with just over 40 seconds to go in the third round.

A left hook by Spencer caught Spring coming in with 1:05 to go in the second round. Spring’s gloves touched the canvas with just over 30 seconds left in the second round, but it was the result of Spencer pushing him and didn’t count as a knockdown.

Spring looked reluctant to engage throughout the first round and tried to keep his distance from Spencer.

Eventually, with about 45 seconds to go in the opening round, Spencer nailed him with a right hand to the side of his head. Spring shook his head to indicate that punch didn’t hurt him.

PBC prospect of the year...LMAO! I'd grade the fight D- Very nice to hear fans there booing..

Not an impressive win. He got the win and that’s great but he didn’t show championship determination in this fight. He’s got to punch more and he’s got to fight on the inside