Joe Joyce To Be Without Salas, Who Tests Positive For COVID-19

Joe Joyce’s fight with Daniel Dubois will go ahead on Saturday, despite Ismael Salas, Joyce’s trainer, testing positive for COVID.

Salas tested positive for the virus after arriving at the fight hotel in Westminster, having spent the past three weeks in Las Vegas.

Joyce had trained with the Cuban in Nevada in February and March ahead of the fight’s original date and after being absent from Joyce’s camp for the fight with Michael Wallisch in April, Salas came over to England to train him. However, a prior commitment saw him travel back to Las Vegas at the end of October, only returning this week.

“Joe should have trained in Vegas with his coach but coronavirus has screwed everything up for everybody,” Adam Moralee, Joyce’s lawyer, said.

“Salas is a top coach with a lot of fighters and he tried to prioritise Joe Joyce, he did get over here, but he had to go back to Vegas because he is a loyal guy.

“We wanted Salas with us the whole time but he had to work with his other fighters, so he was unable to. We knew the risks.

“We were concerned about Salas going back to Vegas, having left on October 31. Being in a gym around other fighters we were concerned that he might contract coronavirus, it was a risk." 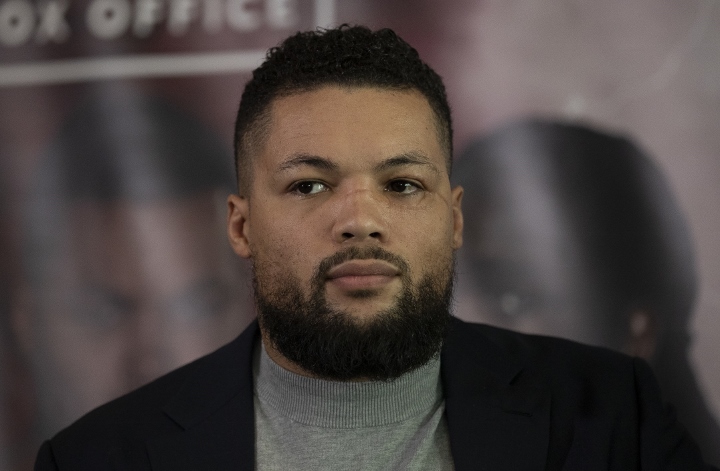 It means that Steve Broughton will again be in charge in the corner on Saturday for the British, European and Commonwealth heavyweight title fight, having been the lead trainer for the fight with Wallisch.

“We believe that Steve Broughton is a world class trainer and we have the experience of Jimmy Tibbs, who has been in the corner for every Joe Joyce UK fight.

“Joe is absolutely fine, Steve has been his main trainer since May, including the Wallisch fight.”

Because Salas had not been in contact with Joyce or his team since his return, the fight has been given the green light to proceed.

“We put measures in place to make sure that when he arrived back in the country, he was isolated from everyone,” Moralee said.

““He has been away from everyone, especially Joe, he has been in a separate hotel, he got a separate taxi here, he was tested alone and went to his room

“Then his test came back positive and he has had to go straight home.”

[QUOTE=Punching Diva;20911339]Salas has a cold. Big deal. Covid-19 is not as deadly as the media is portraying.[/QUOTE] Oh look folks... it's Einstein infectious disease expert Punchdrunk Diva. Wow... aren't we so lucky to get his sage advice. SMDH

Salas has a cold. Big deal. Covid-19 is not as deadly as the media is portraying.

[QUOTE=theface07;20910471]Preparing an excuse for if Joyce loses? They already said it shouldn't be a problem so it looks like fans like yourself are the only ones who want to make it a serious factor. According to your previous comments, Joyce…

This could motivate Joe even more. He knows his trainer will be watching while quarantined and he'll want to dedicate his fight to him.

[QUOTE=Madison boxing;20910014]thats a big loss for joyce[/QUOTE] Preparing an excuse for if Joyce loses? They already said it shouldn't be a problem so it looks like fans like yourself are the only ones who want to make it a serious…