Heavyweight contender Joe Joyce, who is on track for a super fight against fellow undefeated British heavyweight Daniel “Dynamite” Dubois, will take on the battle-hardened Michael Wallisch in the 10-round main event Saturday from BT Sport Studio in London.

Joyce-Wallisch will headline an afternoon of boxing streaming on ESPN+ beginning at 2 p.m. ET/11 a.m. PT. 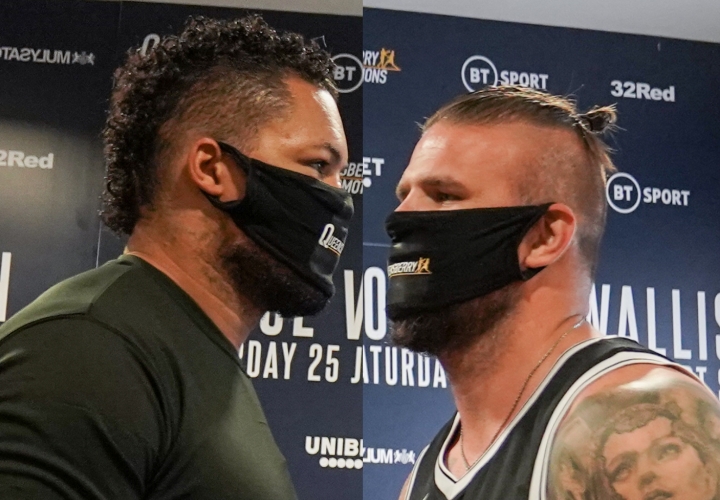 Joyce (10-0, 9 KOs) burst onto the pro boxing scene after capturing a super heavyweight silver medal for the United Kingdom at the 2016 Rio Olympics. In less than three years as a professional, he has knockout victories over former world champion Bermane Stiverne and former world title challenger Alexander Ustinov. He won the Commonwealth title in his fourth pro fight with a second-round stoppage over Lenroy Thomas.

Although the Dubois fight is in the cards, he must defeat Wallisch (20-3, 13 KOs), a German veteran who once held the WBO European heavyweight belt. He last fought in September 2019 and was knocked out in three rounds by Tony Yoka, the man who edged Joyce in the 2016 Olympic gold medal match.

[QUOTE=Citizen Koba;20674768]Joe throws his punches a full fight in advance man. The punches he threw tonight were for Dubois.[/QUOTE] LOL...Dubois will take him out in the first round.

[QUOTE=dan_cov;20674700]I swear these two are so slow a punch thrown at the start of the first only just landed.[/QUOTE] Joe throws his punches a full fight in advance man. The punches he threw tonight were for Dubois.

I swear these two are so slow a punch thrown at the start of the first only just landed.