Olympic silver medal winner Joe Joyce maximized his two-inch reach advantage by firing jabs that swelled Daniel Dubois' left eye by round four and had it nearly shut by the end.

A piercing jab to that injured orb caused Dubois to grimace, take a voluntary need and take the full 10-count, acts that led to Joyce becoming the new British, Commonwealth and European heavyweight champion. 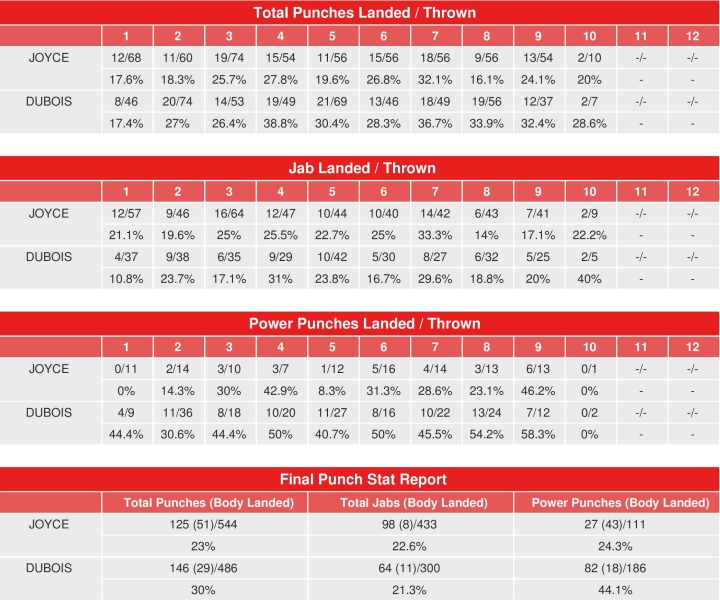 Only took 2 more jabs to finish him off? Dang

Dubois really screwed this one up, what let him down was lack of head movement and a plan b, every boxer/fighter ought to have a plan b, even a plan c where necessary, also Dubois needs to hire new coaches,…

This is interesting. DDD wasn't doing that bad. Hope he comes back healthy. But nerve injury around eye is not joke.

The way Dubois quit, I would have thought Joyce was washing him badly when it ended. Dubois was actually ahead in the stats and on the cards.