With Marco Huck sidelined with an injury, the EBU have installed up and coming Croatian heavyweight Filip Hrgovic (10-0) as co-challenger for the vacant EBU title along with Joe "Juggernaut" Joyce (10-0) in what looks like a pretty hot matchup.

The EBU have set February 12 as deadline for purse bids or agreement.

The winner of Joyce vs Hrgovic will have Huck as mandatory challenger.

Last year Huck Promotions won purse bids and set January 11 as date for the fight to take place with Hannover as site but then Huck the fighter came down with a hand injury.

Frank Warren, who promotes Joyce, is trying to finalize a deal to have him face promotional stablemate Daniel Dubois in April. 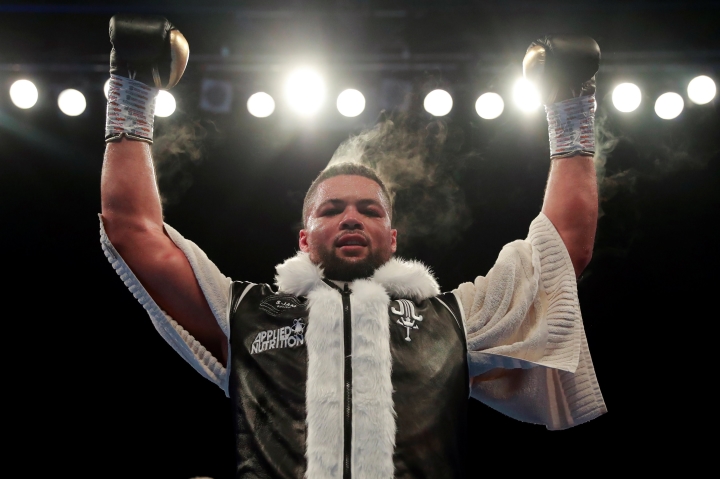 Former IBO light heavyweight champ Sven Fornling (15-2) announced late last week that he will continue his career despite the heavy loss against Dominic Boesel in November of last year.

Fornling will however step down to super middle in order to revive his career. As for when, where and against who - it is still open.
...

Former Swedish and Uruguayan light heavyweight amateur champ Wilson Perez passed away 2018 so it´s about time someone reported it. Perez was a very good boxer and served as sparring partner for then heavyweight contender and EBU champ Alfredo Evangelista, who´s also from Uruguay but was like many others forced to leave the country in the 70´s due to the political turmoil.

Perez´ pro career never really took of due to the ban on professional boxing in Sweden and then Norway and he went 1-2-3 but was in tough all the way.
....

IBF female featherweight champ Brenda Karen Carbajal is now in Denmark for final preparations for her defence February 1 in Copenhagen against Sarah Mahfoud. With Carbajal is trainer Ramon Chaparro and his wife who happens to be none other than reigning IBF female super bantam queen Marcela Eliana Acuna, who also serves as sparring partner for Carbajal.

Dynamite Danny will land 3 punches for every big swing by Slow Joe Joyce.

both good fights for Joyce to be in.

Who tf is Umut Camkiran?

I guess this explains why Joyce vs Dubois suddenly became the favoured fight. Joyce is fighting the clock and Hrgovic is high risk/low reward.