Hall of Fame referee Joe Cortez, 75-years-old, continues to fight hard in order to overcome his recent diagnosis of COVID-19.

A week ago, Cortez was admitted to a hospital in Las Vegas, Nevada, due to pneumonia and the retired official continues to receive medical treatment.

"I'm resting, hooked up to an oxygen machine ," Cortez told Carlos Gonzalez. "I am still in an emergency room and I cannot speak because I am short of breath, but I assure my people in Puerto Rico that I will return." 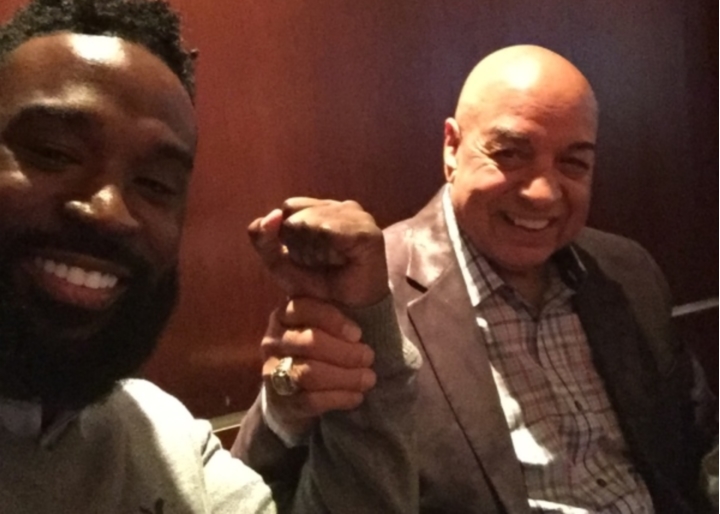 Cortez is the most decorated Puerto Rican boxing referee, with an extensive career in the sport that began in 1977.

In 2011, he was inducted into the International Boxing Hall of Fame in Canastota, New York. Cortez had over 900 official bouts, including 170 world titles. His last assignment in the ring was the junior middleweight clash between Saul “Canelo Alvarez and Josesito López, at Las Vegas' MGM Grand in 2012.

Two years later he received a similar distinction in the Nevada Boxing Hall of Fame, where Félix “Tito” Trinidad was recognized in 2015. Miguel Cotto will be the next Puerto Rican with a space on the premises. His exaltation was going to take place this past August, but the activity was canceled due to the coronavirus pandemic.

Cortez has been instrumental in the development of the instant replay system that was implemented by the Nevada State Athletic Commission.

[QUOTE=PunchMeIDareYou;20905301]Smh. Is that you Victor Ortiz?[/QUOTE] U MAD LMAO 😂 why are you shaking your head? cortez is evil scum

[QUOTE=Rick Taylor;20905283]good point. knowing that it's lowlife cortez, could just be a drug overdose[/QUOTE] Smh. Is that you Victor Ortiz?