Joe Cortez: Canelo Has To Fight A Lot Differently To Beat GGG

On September 15th the highly anticipated Canelo Alvarez-Gennady Golovkin rematch will finally take place.  The action goes down at the T-Mobile Arena on the Las Vegas strip which hosted the first fight that ended in a highly controversial split draw.

The rematch was supposed to take place on May 5th but the fight ended up getting postponed when Alvarez failed two blood tests for Clenbuterol.

Their was already bad blood between both camps during the negotiations for the rematch but the failed blood tests and subsequent postponement of the fight escalated the tensions to their boiling point. 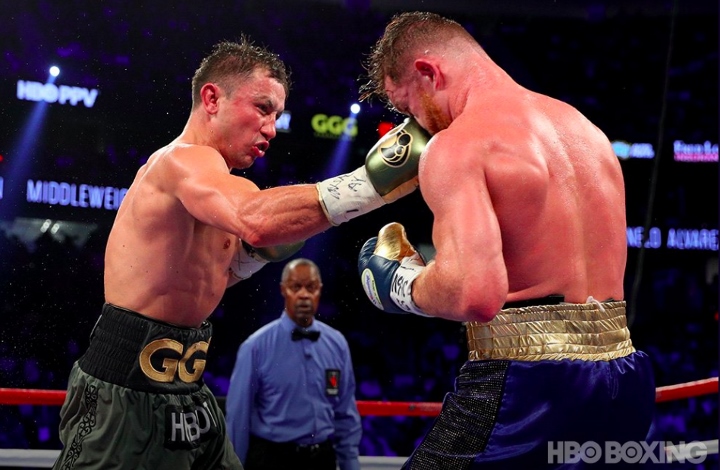 Hall of Fame referee Joe Cortez was at the 6th edition of the Nevada Boxing Hall of Fame and discussed the rematch with BoxingScene.com and other members of the media.

"With Canelo and Triple G you hear about all the bad blood but that is part of the hype for the fight. We all know that. If you talk to them one on one you see that they are the nicest guys on the planet. They are good fighters and they mean well for boxing. They want to leave a mark in boxing as the best middleweight champion but we all know that the greatest middleweight champion of all time is the great Sugar Ray Robinson," Cortez told BoxingScene.com.

As for Canelo's failed drug test, Cortez is hopeful that it won't happen again and hopes that all athletes learn a lesson from his mistake.

"Well of course he deserves criticism. He is young and whatever happened happened but he paid his dues and he learned a lot and I am sure a lot of athletes - not just boxers - but athletes in general have learned a lesson. He has to come back and do good in his next couple of fights otherwise they are going to say he is a cheater and we don't want to hear that in boxing. He is getting a second chance. Let's see what happens on September 15th," Cortez reasoned.

As for picking a winner, Cortez believes that both fighters have a chance to come out with the victory but feels Alvarez has to make the most adjustments. He isn't so sure that the Mexican will be able to make the changes necessary to be announced the winner.

"It is going to be a difficult fight. Canelo has to fight a lot different than he did in the first fight. He did too much backtracking the first time around. This time he has to be more aggressive and use more lateral movement. More combinations and beat Triple G to the punch. It is going to be a tough one for Canelo," said Cortez.

[QUOTE=angkag;19068933]Not sure a Korean would pick the 'white' box on the US immigration form though (especially when there is an 'asian' box that helpfully states 'eg korean'). However, if going by the parents, he's half russian and half korean. So…

[QUOTE=TonyGe;19071326]You are trying to weasel out of this. You got caught out..[/QUOTE] kid, you will never even convince yourself that you understand this game, let alone convince anybody else too much water under the bridge, too many dumb comments proving…

[QUOTE=aboutfkntime;19071235]I was clearly referring to the lack of bodywork exhibited by Golovkin in the first fight..... ..... ya know, the fact that has been pointed out to your dumb ass by just about everyone for the last YEAR, ya muppet…

[QUOTE=TonyGe;19070415]Yeah you did say that he was an inside fighter. I said Get inside and rough Canelo up. Go after him and breakdown the body You responded with: why do you think Golovkin did not try that himself in the…