Jimmy Glenn, the beloved owner of a popular bar in Times Square who was a trainer, cut man and manager for many years, has died from complications caused by COVID-19.

Glenn, 89, had been hospitalized in New York City for several weeks.

A gentleman revered throughout the boxing world, the soft-spoken Glenn spent more than 70 years in boxing in various capacities. Glenn began working as a trainer early in the 1950s, not long after a brief amateur career in which he lost to eventual heavyweight champion Floyd Patterson.

A native of South Carolina who moved to New York City in 1944, Glenn worked with Patterson, Terrence Alli, Bobby Cassidy, Ralph Correa, Howard Davis Jr., Jameel McCline, Mark McPherson and John Meekins, among others, during his lengthy career as a corner man. 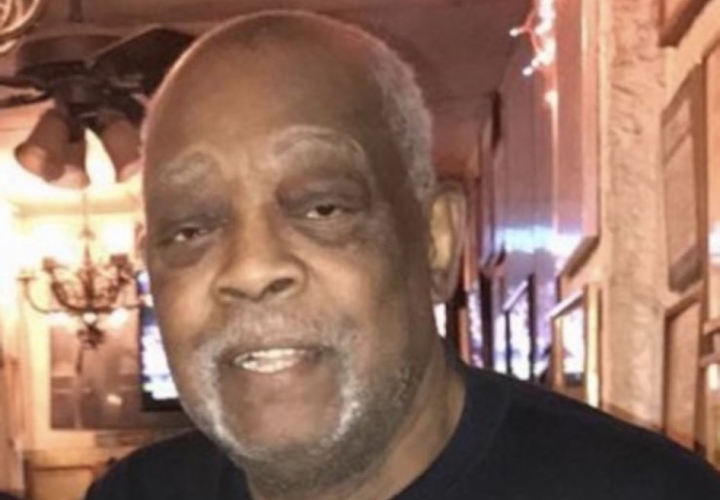 Promoter Lou DiBella, a longtime friend whose company is based in Manhattan, reflected Thursday on Glenn’s genuine kindness.

“I loved him,” DiBella told BoxingScene.com. “He was a family member to me. He’s as good a man as I’ve ever known. Other than my own father, I’ve never known anybody like Jimmy. I really feel the same way I felt the day my dad died. That’s how I feel right now, similarly. That’s how much the guy meant to me. There was nobody better than Jimmy Glenn, man. He was one of the best human beings I’ve ever known in every way. He was strong, but he had a heart of gold.

“You talk about people who walk this Earth who are just better basically than most of us, and he was one of those people. He’s been a big part of my life for like 30 years. Literally, from when I first met him, when I first started at HBO and Artie Curry first introduced me to Jimmy and I started hanging out at his bar, he became a confidante. Every time I ever saw him, he told me that he loved me. Every, single time in 30 years.”

Glenn first trained amateur boxers at the Third Moravian Church in East Harlem, where he helped keep countless kids off the streets. In the late 1970s, Glenn opened the Times Square Boxing Club in Manhattan.

By then, Glenn’s bar, Jimmy’s Corner, had become a Manhattan landmark frequented by boxing fans and non-boxing fans alike, all of whom loved its festive, nostalgic feel. The iconic Jimmy’s Corner, which opened in 1971, is known for its walls adorned with boxing memorabilia and often is a hot spot for fans, journalists, boxers and others involved in the sport, especially when there are boxing cards in New York.

Sammy Davis Jr., Robert DeNiro, Michael Jordan and Frank Sinatra were among the celebrities Glenn recalled coming to Jimmy’s Corner in a WPIX segment that aired four years ago.

Numerous pros and amateurs trained regularly for nearly two decades at the Times Square Boxing Club, which was also known for its old-school atmosphere before it closed due to the renovation of Times Square. Jimmy’s Corner remains a thriving business as it approaches the 50th anniversary of its opening.

Glenn is survived by his son, Adam, a Harvard Law graduate and former corporate attorney who now runs Jimmy’s Corner.

[QUOTE=strykr619;20556048]Saying he was taken too soon is just not true, he lived longer then the average American. Hell MOST BOXERS would praise god to live that long considering the punishment they take.[/QUOTE] any1 who dies from this bat virus that…

[QUOTE=Smash;20555727]so what, he may have lived to be 100 for all u know[/QUOTE] Saying he was taken too soon is just not true, he lived longer then the average American. Hell MOST BOXERS would praise god to live that long…

[QUOTE=strykr619;20554572]Except they are similar, same RNA virus strands.... let me guess you don't know how to do your own research ? The tinfoil hat types are trying to say that its mortality rate is like the flu and again their…

[QUOTE=Curt Henning;20554644]a conspiracy guy will tell you that they are purposely inflating the corona death tolls and being influenced to mark down deaths as being related to it....its been the subject of alot of controversy on tv and even talk…