Corrales-Miller and Davis-Nunez will be broadcast live on Showtime.  Miller, who has won 10 fights in a row, said that the fight will serve as an elimination bout. 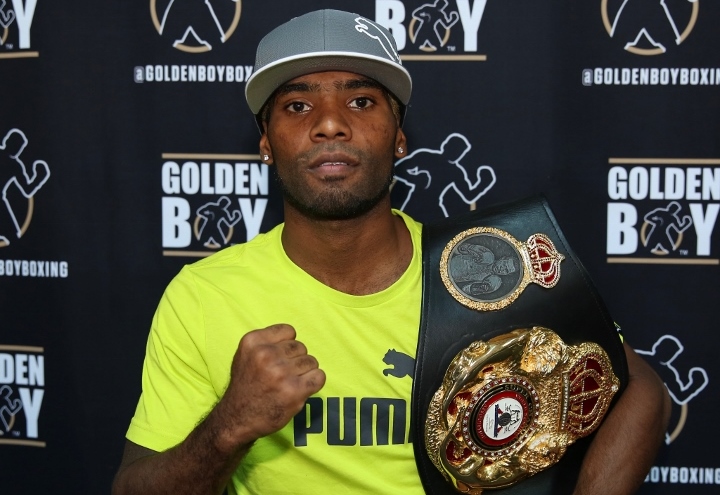 Miller was last in February when he blasted out Daulis Prescott in 1 round.  Corrales, who is from Panama, lost his WBA super featherweight title to Alberto Machado in 2017.  He returned to the ring after an 18 month layoff in April when he stopped Onalvi Sierra in 2 rounds.

This fight and Gamboa/Martinez aren't match ups with top contenders, but they should be very entertaining scraps. The undercard should have some entertaining wars before Tank gets another addition to his highlight reel.

[QUOTE=Bronx2245;19871556]Tevin, Jo Jo, Cancio, Ryan Garcia, and Haney are all with DAZN![/quote] AND none of them have fought each other like I said. If they do eventually fair play, but currently NO ONE is fighting ANYONE at 130. And the…

[QUOTE=Eff Pandas;19870555][B]In fairness of all the guys you mention NONE are fighting other top guys except Loma. [/B]And I tend to think that only happened cuz Oscar actually looks out for his fighters best money AND best legacy fights unlike…

[QUOTE=Boxing Hero;19870490][B]Why won't Davis step it up and fight a guy like Jo Jo Diaz,[/B] Tevin Farmer, Ryan Garcia or Loma? Who is to blame for Davis mismatches? Thank you Al Haymon for ruining this inactive kids career![/QUOTE]I would rather…