Jesus Rojas, Juan Manuel Lopez in Doubleheader on May 18

Former world champions Jesus Rojas (26-3-2, 19KO's) and Juan Manuel "Juanma" Lopez (36-6, 32KO's), will co-headline the next edition of "DIRECTV Night of Champions", which will feature Universal Promotions on Saturday, May 18 at the Roger Mendoza Coliseum in Caguas.

"On May 18, quality boxing returns to Caguas," said Universal Promotions President Javier Bustillo. "We will have Jesús Rojas and Juanma López, two of the great Cagüeño champions, fighting for their people. They will be in important fights, since these define the course that their careers will take. In addition, we have the best prospects in the area such as Zurdo Rosario, Orlandito Del Valle, Garibardy Gómez, John Karl Sosa, Gil Iglesias and other talented boxers, in what will be a great night of boxing. "

In the main of the night, Jesus Rojas, who will seek to get back in line for a world championship, will clash with Mexico's Luis "Loco" Castillo (19-2, 15KO's) in combat agreed upon for 10 rounds in the super featherweight division (130 pounds). 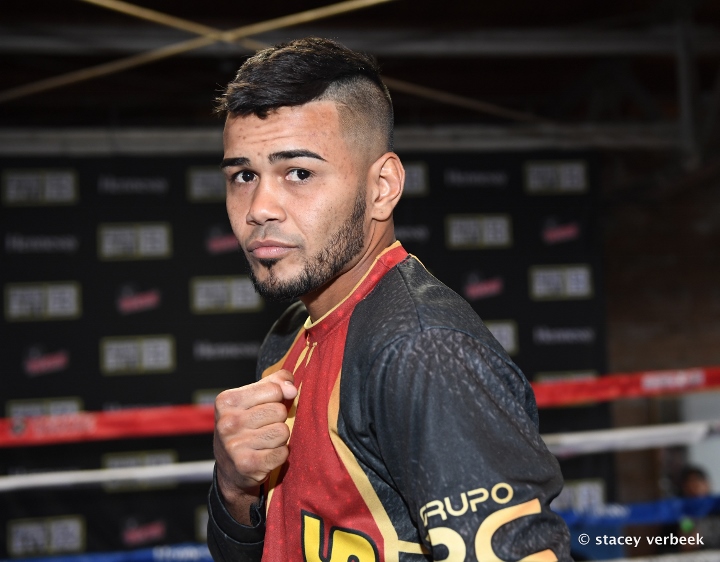 "We returned home, where it all started," said Rojas, who is ranked number four by the WBA at featherweight.

"We are excited and super happy to fight before my people. We are going to do the work and give our best in the ring on the way to becoming the world champion again. I do not know much about my opponent, I only know that they call him 'Crazy', so if he is crazy on May 18 he will meet his psychiatrist. "

After 11 years since his last fight in Caguas, "Juanma" Lopez will have an important commitment to his people, when an opponent to be determined is secured, and this fight will be agreed upon for eight rounds at lightweight (135 pounds).

"I thought I would never fight in Caguas again, but thanks to this opportunity that Universal Promotions and DIRECTV offers me, we fight again before my people," said the former two-divisuon world champion.

"We are going to give a great show on May 18. We will arrive well prepared with the desire to show that we still have something left in the trunk. This will be the first step of a plan that we have designed with Universal Promotions before finally hanging the gloves."

Also, after four years with a fight on Puerto Rican soil, featherweight Luis "Orlandito" Del Valle (23-3, 17KO's) will return in a six round bout against an opponent to be announced.

Ah god dammit, one of these dumbass PR PPV cards, was hoping this would be on DAZN.

Lopez gonna be left with some serious brain damage when he really retires.