Jessie Vargas vs. Liam Smith in Play For Ruiz-Joshua Card

If the bout is finalized, the contest would happen on December 7 in Saudi Arabia, in a supporting role to the highly anticipated rematch between Andy Ruiz and Anthony Joshua, who battle for four world heavyweight championships. The event will be transmitted by DAZN on American soil and Sky Sports in the UK.

Vargas was waiting for a fight with WBO junior middleweight champion Jaime Munguía on September 14 in Carson, but in the end the handlers behind Munguía made a decision to fight Patrick Allotey, so the possibility opened up for a fight with Liam. 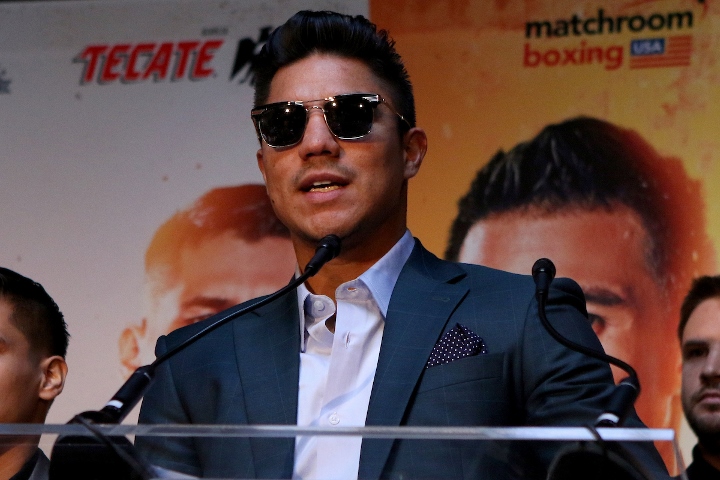 Smith would return to the ring after making his debut on Mexican soil in Hermosillo, where he beat Mario Lozano in a supporting bout to the headliner between Juan Francisco 'Gallo' Estrada and Dewayne Beamon.

Vargas, who captured world titles at junior welterweight and welterweight, made his debut at the junior middleweight limit of 154-pounds back in April when he knocked out former world champion Humberto Soto at The Forum in Inglewood, California.

That fight can headline in the states. I wish matchroom would look to more venues in the west. What the hell is anyone going to expect from Saudi Arabia?! It's not a familliar situation for anyone. I can't belive comfortable…

[QUOTE=jojack269;20038651]Think you need to chill mate it's a good fight and so are the ones on the porter spence undercard just because it's not the best fighting the best doesn't mean it's not a good fight sort your head out…

Decent fight here, I hope this is a big card with good fights across the board.