Jessie Vargas Hopes To Return To The Ring By March

The battle was streamed live in the United States on the new entrant into boxing, the DAZN app. One judge scored the fight for Vargas 115-111 but he was overruled by the other two judges who scored the fight 113-113.

The fight was a rough and tumble affair.  Vargas ended up getting a couple cuts during the fight but his cut man Stitch Duran did a great job stopping the blood flow. 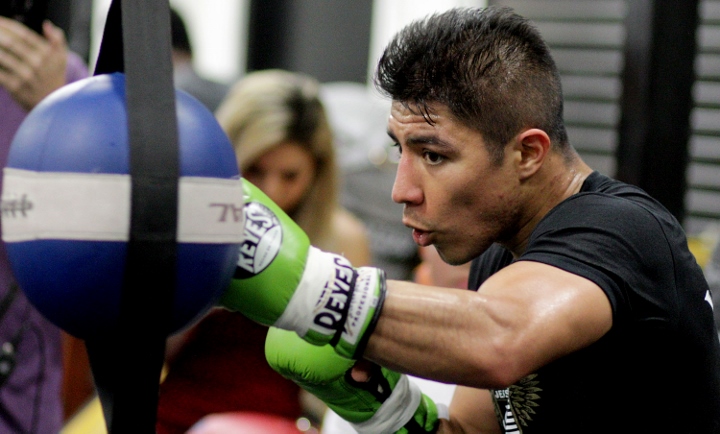 For now Vargas will take a break to allow his cuts to heal but he plans on speaking with his promoter soon to discuss his next fight. He said that he doesn't have a preference for his next opponent.

"I will leave it all up to my promoter. Whatever fight he sees is best is what we will pursue," said Vargas.

As for as a time table for his ring return, Vargas is hopeful that he can get back in the ring early in 2019.  He believes that will allow enough time from him to recover from the cuts.

"My next fight will hopefully be as soon as possible. I have a couple cuts from those head butts so they have to heal. I could possibly be back in March but I need to speak to Eddie Hearn and see what the plan is," Vargas told BoxingScene.com.

"I want to thank my promoter, my advisers, my family and DAZN and everyone who tuned in to DAZN. We have a great platform and we are only going to have bigger and better fights as time goes on so everyone subscribe to DAZN."

Rematch with Broner or Dulorme.