The win was Vargas’ first since December of 2017 after fighting to back-to-back draws against Adrien Broner and Thomas Dulorme in 2018.

Soto was coming off a unanimous decision victory over Brandon Rios on Feb. 23 in his adopted hometown of Tijuana, Mexico. 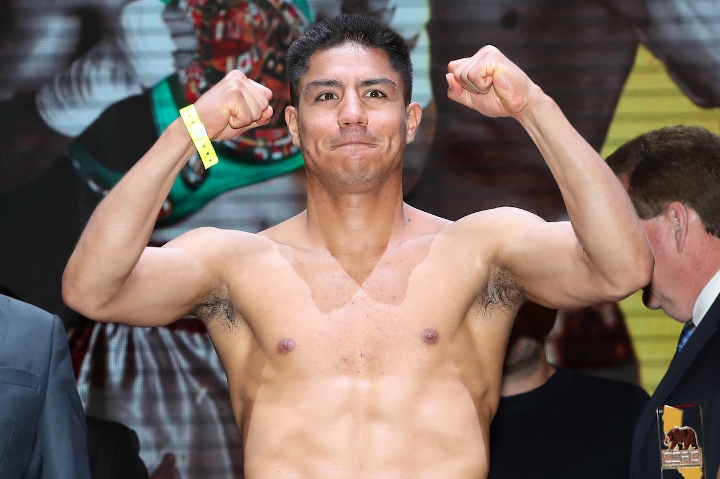 The fight produced several exchanges from the opening bell, but an accidental clash of heads brought a pause to the action as a cut opened over the left eye of Vargas. Blood seeped out of the cut, but the ringside physician allowed the fight to continue.

Soto showed his craftiness during the fight by laying traps, baiting Vargas to throw and allowing him to counter with left hooks or right crosses to the head. Undaunted, Vargas found success landing left hooks to the head.

Vargas, who is now working with Freddie Roach, dropped Soto one minute into the sixth round. Soto beat the count and, to his credit, fought back.

Moments later, a barrage of punches stunned Soto. Vargas trapped Soto in a corner and let his hands go, stunning Soto again. After watching Soto not fight back, referee Thomas Taylor stepped in and stopped the bout at 1:48.

The knockout win was Vargas’ first in over three years.

“(Soto) is a crafty veteran,” said Vargas after the fight. “Soto was a warrior. I knew what he was doing. I put the pressure on. I caught him with a right hand.”

“I was precise. I was taking my time as a true and experienced fighter.”

[QUOTE=Fanofreason;19696579]What Network was this on. Did not even know about Vargas fighting. I’m guessing Dazn. Cause they do not market.[/QUOTE] DAZN it was. And there wasn't much chatter about last night's fights. Which is why I say that DAZN has…

What Network was this on. Did not even know about Vargas fighting. I’m guessing Dazn. Cause they do not market.

Vargas disappointed by getting out pointed by a 40 year old featherweight before the stoppage.