IBF super flyweight world champion Jerwin Ancajas (32-1-2) is very eager to unify with other champions in his weight class.

Ancajas is already on track to a voluntary defense against Jonathan Rodriguez in September, but indicates that Top Rank's CEO Bob Arum is already looking to match him against WBA “regular” champion Joshua Franco.

Franco got a big win when he captured the title by shocking Andrew Moloney back in June. Moloney is reportedly interested in pursuing the option of an immediate rematch. 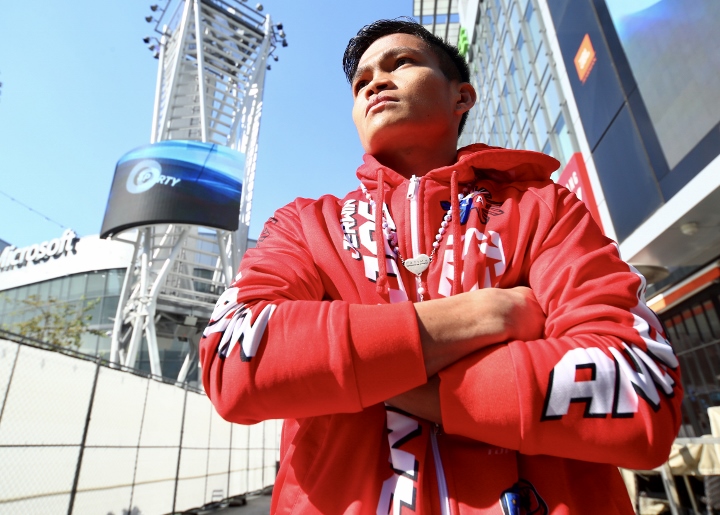 Ancajas is looking to pursue more gold at the bantamweight limit of 118-pounds, but he wants to gain more titles in his current weight class.

“I want to become the undisputed champion but I think that’s a difficult achievement to get because even though the other champions say that they want to fight me or I say that I want to fight them the fights still depend on the promoter,” said Ancajas in Filipino in a Zoom interview with Inquirer Sunday.

“There are promoters who want to protect their fighters, that’s what I’ve come to learn in boxing.”

And Franco is certainly an opponent that Ancajas would be very interested in facing.

“My dream is to unify my belt with at least one more then maybe I’ll move up in weight,” said Ancajas.

“We’re excited [about the possibility of facing Franco] because he holds the WBA title and I was really surprised with how Franco fights and he’s a fighter that you shouldn’t overlook even if you don’t know him that well. We haven’t seen much of Franco but he has the skills and he’s good. I’m really excited to match up against him.”

Ancajas has been out of the ring since a December stoppage of Miguel Gonzalez.

Why not go for Estrada or Gonzalez?

Ancajas looked as he turned a major corner last time out. I would like to see if that was for real or a fluke. If Ancajas did make those adjustments this would be a great fight! If the old Ancajas…

I be damn careful if I’m Franco’s handlers about fighting in another Top Rank promoted show. Let’s not forget how Franco beat the cr@p out of Maloney for 12 rds yet two judges had Franco winning by just one point…

Ancajas and Franco is an excellent unification fight. Ancajas has power and a good jab with experience on handling pressure fighters which is what Franco is, who fortunately has incredible conditioning and a solid chin to take Ancajas's punches. There's…