Jermell Charlo answered incredulously once FOX Sports’ Brian Campbell asked how his rematch against Tony Harrison will be different.

Houston’s Charlo (32-1, 16 KOs) will try to win back his WBC super welterweight title from Detroit’s Harrison (28-2, 21 KOs) on December 21 in Ontario, California. Their 12-round rematch will headline FOX’s tripleheader from Toyota Arena.

Harrison upset Charlo by 12-round unanimous decision nearly a year ago to win that 154-pound championship from him. An inactive Harrison hasn’t fought since that career-defining victory last December 22 because he suffered an ankle injury that postponed their rematch, which was supposed to take place June 23 at Mandalay Bay Events Center in Las Vegas. 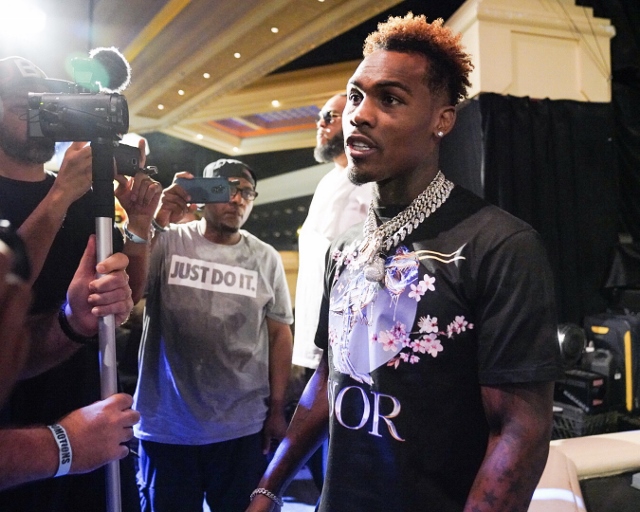 “I don’t like Phony Harrison,” Charlo said. “Phony Harrison is his name. Phony and Ja Fool. Ja Fool. I’m a giant. I’m a tycoon in this. And I’m a real tycoon, and I run this. And unfortunately, you don’t even know you can’t back up not one word you say.”

“Come on, man,” Harrison said. “Stop it. Like I said, he gonna talk, man. He gonna live in his own little fantasy. As long as he’s walking this earth, there’s nothing he can do to beat me. I won’t lose to suckers!”

Despite losing their first fight, Charlo has been installed as slightly more than a 2-1 favorite to beat Harrison in their rematch.

If nothing else, Charlo has been more active than Harrison. Once Harrison withdrew from their rematch, Charlo knocked out his replacement, Mexican veteran Jorge Cota, in the third round June 23.

[QUOTE=YoungManRumble;20232777]Coming in all angry [B]looking for the KO[/B] will play agaisnt him[/QUOTE] That was his problem in the first fight even though i though he deserved the decision. He needs to be more calm and measured this time but who…

[QUOTE=Raimondo;20232762]Harrison was living rent free inside Charlo's head since their first fight. lol Kittens Only![/QUOTE] Harrison is funny as **** :lol1:

[QUOTE=Nusky;20232923]From what I can tell, Jermell doesn't fight like he used to. Before he got with Derrick James he was a solid, well rounded boxer. Now he fights mostly with a come forward seek-and-destroy style- at least thats how he…

Mell is gonna get outworked again.

[QUOTE=jreckoning;20233199]emotional lions only. :rofl:[/QUOTE] Lol....I was just messing with him to get him emotional.