Jermell Charlo: I Want To Make a Statement, Knock Hatley Out

Undefeated Jermell Charlo and challenger Charles Hatley will each be coming off long layoffs when they square off for Charlo's World Boxing Council junior middleweight title Saturday at Barclays Center.

American Charlo has not fought since winning the 154-pound title last May with an eighth-round knockout of US Virgin Islands fighter John Jackson.

Hatley's layoff is even longer. He has been on the sidelines for 17 months since scoring an 11th-round knockout of former champ Anthony Mundine of Australia in November 2015. 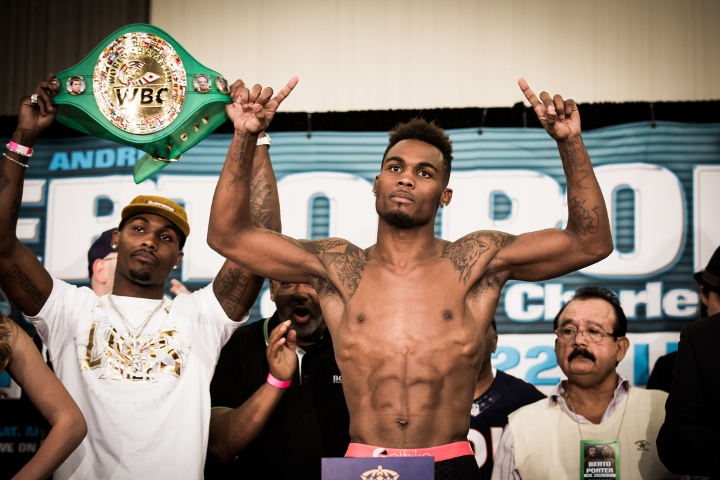 The 26-year-old Charlo, 28-0 with 13 knockouts, didn't plan on taking that much time off, but said he used it wisely.

"I want to make a statement with a knockout, but if it doesn't happen, I'm ready to do what I have to do," he said. "I am just happy to get a chance to get back in the ring, show my skills, knock off the ring rust and have fun."

Hatley, a 31-year-old American, has won nine straight bouts since suffering his only loss, a first-round knockout, five years ago to Lanardo Tyner.

"I'm coming to the table to do what I got to do and that's to bring the belt back to my city," said Hatley. "I'm well prepared for it and I'm ready to fight. At the end of the day I'm really about getting in the ring and doing what I said I was going to do."

They will be fighting on the undercard of a main event featuring US former welterweight champions Shawn Porter, 26-2 with one drawn and 16 knockouts, and Andre Berto, 31-4 with 24 knockouts.

Porter is coming off a loss to Keith Thurman in June. Berto hasn't fought since knocking out Victor Ortiz in their rematch a year ago.

[quote=nomadic;17610141]charlo sounds like he need a better promoter or bigger fights.[/quote] yeah if charlo thinks he can get bigger fights he should leave.... Who will he fight though?

Jermell Charlo needs to unify the division that's all.

He's going to knock him out in the first round.