Jermell Charlo: I Always Felt I'm Best In Division; J-Rock, Rosario Not On My Level

Jermell Charlo cannot wait to prove September 26 what he has believed all along, that he is best 154-pound boxer in the sport.

Charlo contends that Jeison Rosario doesn’t operate on his level. The Houston native felt the same way about the former champion Rosario beat, Julian Williams, even after Williams upset Jarrett Hurd in May 2019 to win the IBF, IBO and WBA championships. 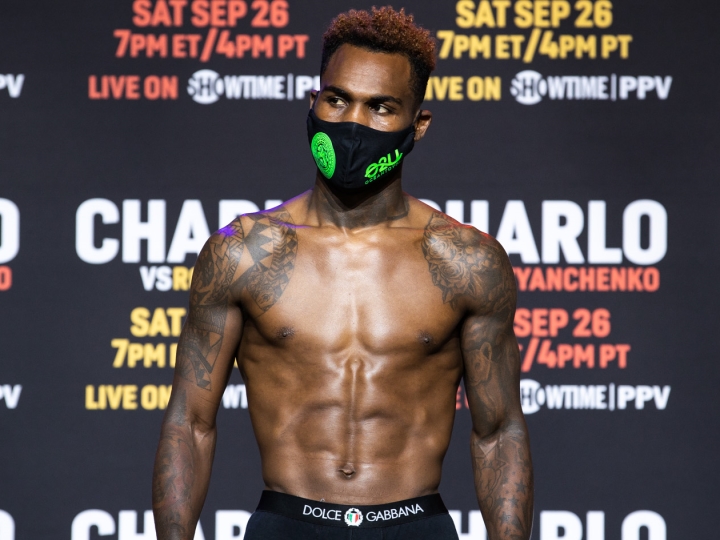 Charlo emphatically avenged his only professional defeat in his last bout, which resulted in an 11th-round knockout of Tony Harrison on December 21 at Toyota Arena in Ontario, California. The WBC super welterweight champion is consistently listed as a 4-1 favorite versus Rosario.

“You know, I ended my last fight in the 11th round,” Charlo told Premier Boxing Champions’ Ray Flores during a virtual workout Tuesday. “I ended some fights in the later rounds. I ended some fights in the earlier rounds. I’m a very dominant fighter throughout this process. Jeison Rosario, he got his chance and he won the titles from J-Rock [Williams]. But I always felt like I’m the best fighter in the division. And because of that, I don’t even see them being on [my] level of competition. When I’m at my best, I’m at my best – no matter what J-Rock gotta do, no matter what Rosario coming to the table with.”

Williams was a 30-1 favorite when the Dominican Republic’s Rosario came to his hometown of Philadelphia and upset Williams (27-2-1, 16 KOs, 1 NC) by fifth-round technical knockout January 18.

The 25-year-old Rosario is 8-0-1 since Nathaniel Gallimore dropped him three times and stopped him in the sixth round of their April 2017 bout in Las Vegas. The IBF/WBA champion claims inadequate training habits hurt him earlier in his career, but Charlo realizes he’ll encounter an improved opponent in their title unification bout.

“I wanted all the belts, and eventually I would have to take ‘em from somebody,” Charlo said. “I mean, I just can’t get ‘em handed to me. Nothing came handed to me even from coming up in the rankings. And so, this is just that moment. This is that moment I’ve gotta take advantage of. Every little opportunity, every mistake that come, you gotta capitalize on ‘em. And I feel like that’s where I’m better than Jeison Rosario at.”

To be fair, he's starting to prove it; Hurd or Lara next?