Jermell Charlo was found not guilty Wednesday in a Dallas courtroom on two counts of domestic violence against a former girlfriend.

A jury ruled in favor of Charlo after testimony from the woman, previously identified by numerous media outlets as Jazmyne Olison. The former WBC super welterweight champion had been charged with felony domestic assault for allegedly choking Olison and a misdemeanor charge for allegedly striking her. 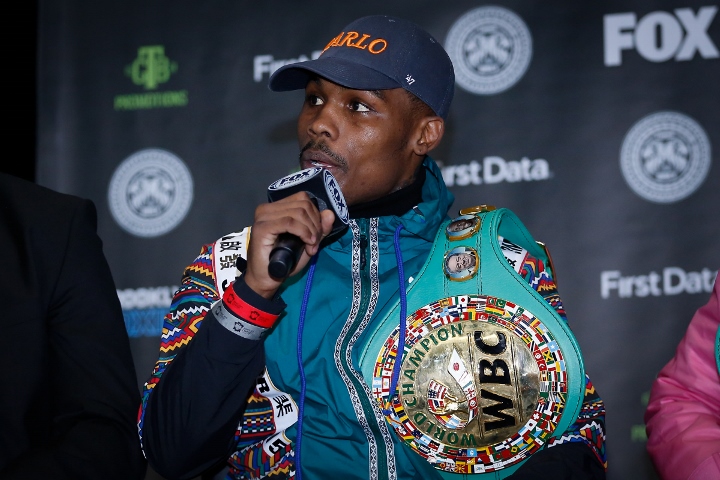 “He’s ecstatic,” Joseph said. “As a matter of fact, he was offered an opportunity to plead guilty to a lower charge before the trial started. But he stuck by his convictions, because he knew he didn’t do it. He risked it all, because the outcome could’ve been catastrophic had he been found guilty.”

He beat former WBA champion Austin Trout by majority decision in their 12-round title bout June 9 at Staples Center in Los Angeles. That fight took place three weeks after Charlo was arrested charged in this case last May 18, which Olison told police took place “on or about” last May 17.

Charlo posted a $20,000 bond and was released that day. Six months after defeating Trout, he lost his title to Harrison.

Arnold believes the stress associated with this case adversely affected Charlo while training for his past two fights.

“It certainly hangs over your head,” Joseph said. “This has been looming over his head for almost a year now, because the assault allegedly happened last May. So, who amongst us could focus on fighting or doing anything, especially something as serious as training for fights and fighting, with this hanging over his head? This is literally a difference of day and night between the person I’ve seen before the verdict and now. It’s a sense of relief.”

This is the result of being so inactive.

[QUOTE=The D3vil;19606448]I try to stay off the front page of that. sh**t is depressing. And how do you know that? You know her? Why you assume he's guilty?[/QUOTE] yes I am saying he is guilty cause charcoal is a POS

This should be a reminder to people that not every man accused of domestic violence is guilty. The fuking media and general public have ignored the concept of innocent until proven guilty that is a cornerstone of the american justice…