UNCASVILLE, Connecticut – Jermell Charlo emphatically ended an incredible night Saturday for him and his twin brother.

Charlo knocked out Jeison Rosario with a body shot early in the eighth round of their 154-pound title unification fight at Mohegan Sun Arena. Charlo landed a left jab that knocked Rosario flat on his back, unable to breathe and convulsing on the canvas.

The Dominican Republic’s Rosario tried to get up, but he fell into the ropes and then back down to the canvas. Referee Harvey Dock called an end to their scheduled 12-round Showtime Pay-Per-View main event 21 seconds into the eighth round.

Houston’s Charlo (34-1, 18 KOs) previously knocked down Rosario (20-2-1, 14 KOs) once apiece in the first and sixth rounds. Charlo retained his WBC super welterweight title and added the IBF and WBA 154-pound championships to his collection.

“I mean, have you ever seen somebody with a jab to the body, put him out? Man, that’s different. I hit him right in the right spot, took the air out of him. I don’t know what happened, man. Like I said, I wish him well. I prayed for him in the ring. I hope he’s doing better.”

Charlo was ahead of Rosario on all three scorecards entering the eighth round. Judges Glenn Feldman and John McKaie had Charlo ahead by the same score, 67-64, through seven rounds, whereas Steve Weisfeld had him in front by one point, 66-65.

“My brother was great,” Jermell Charlo said. “My brother did what he had to do. He got in there and I thought he basically dropped the guy so many times, but he didn’t. He just stumbled him and wobbled him, and that was satisfying enough. My brother did an amazing job getting that victory.” 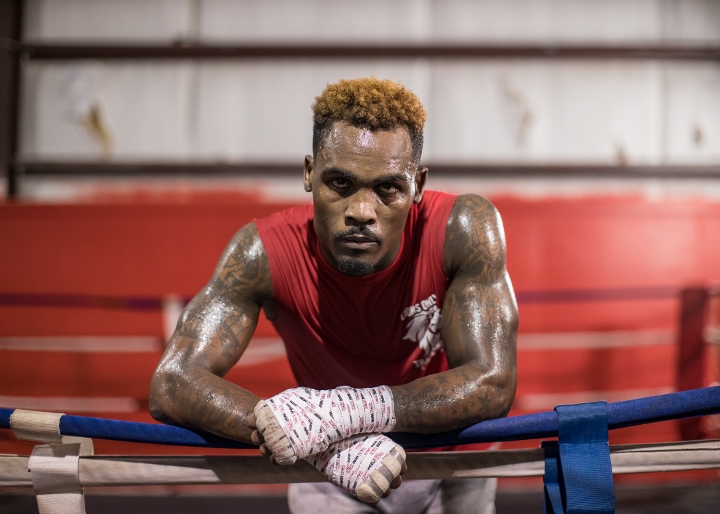 Jermell Charlo made his fourth defense of the WBC 154-pound title he regained from Tony Harrison in his previous fight. Detroit’s Harrison (28-3, 21 KOs) upset Charlo by 12-round unanimous decision in December 2018 at Barclays Center in Brooklyn, but Charlo knocked him out in the 11th round of their rematch last December 21 at Toyota Arena in Ontario, California.

Before their bout abruptly ended, Rosario didn’t do much during the seventh round after he was knocked down for the second time in the fight in the sixth round. Charlo still retreated during that round, as he realized Rosario remained dangerous.

Charlo and Rosario traded hard shots on two occasions in the final minute of the sixth round. Charlo clocked him with a left hook, though, that wobbled Rosario’s legs and dropped him to one knee just before that round ended.

Rosario answered Dock’s count after suffering his second knockdown of their fight. The bell rang to end the sixth round before they were brought together again.

Dock called for a break in the action with 1:41 to go in the sixth round. He warned Rosario for low blows and informed Rosario he would deduct a point if he hit Charlo low again.

Rosario’s left hook backed Charlo into the ropes early in the fifth round. Dock warned Charlo just before the halfway point of the fifth for pushing Rosario down by his head.

Rosario landed a hard jab with about a minute to go in the fifth, but Charlo nailed him with a right hand that temporarily made Rosario back up.

Rosario landed a right hand and then a jab with about two minutes to go in the fourth round. Charlo landed a short, left hook inside later in the fourth and quickly tied up Rosario.

Rosario worked well off his jab in that fourth round and mostly made Charlo fight off his back foot.

Rosario’s right hand made Charlo hold him with about 1:15 to go in the third round. About 20 seconds later, Dock warned Rosario for a low blow.

Rosario landed a short right hand with about 25 seconds to go in the third.

Charlo surprisingly knocked Rosario down less than a minute into their fight. Charlo’s left hand grazed the top of Rosario’s head and caused him to lose his balance.

He fell to his side and Dock began counting. Rosario reached his feet quickly and didn’t seem to be hurt when the action resumed.

That knockdown was the fourth of Rosario’s seven-year pro career. Nathaniel Gallimore dropped Rosario three times in the sixth round before their scheduled 10-rounder was stopped in April 2017.