Twin brothers and world champions Jermall Charlo and Jermell Charlo will kick off the new season of Premier Boxing Champions on FOX and FOX Deportes live in primetime on Saturday, December 22 at Barclays Center, the home of BROOKLYN BOXING™.

The Charlos are two of the hottest young rising stars in boxing today and they made history in 2016 when they became the first twin boxers to ever hold titles simultaneously in the same weight class. 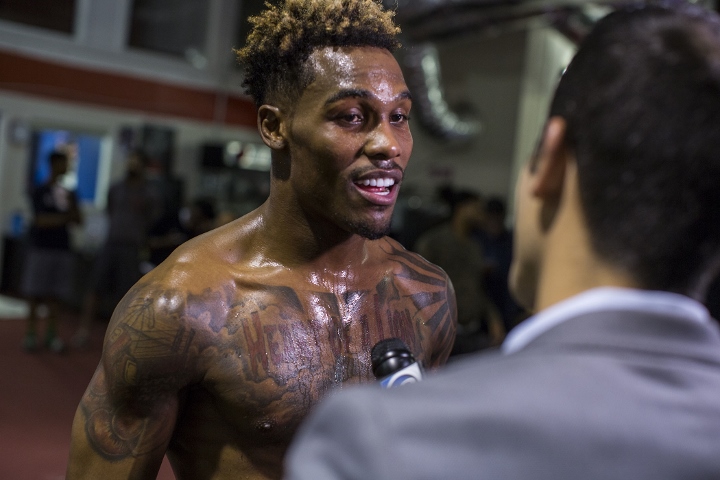 Jermall's fight will serve as the main event of the show after he won the coin toss at today's press conference to determine which Charlo twin will close the show.

The exciting night of action will also see WBC mandatory challenger and 2012 U.S. Olympian Dominic "Trouble" Breazeale battle Carlos Negron, a member of the Puerto Rican boxing team at the 2008 Bejing Olympics, in a 10-round heavyweight attraction that opens the FOX and FOX Deportes broadcast at 8 p.m. ET/5 p.m. PT.

"I'm very excited and the fire is lit to be back in Brooklyn," said Jermall Charlo.

"It's great to be headlining a big show with my twin brother in Brooklyn. It's going to be an exciting night of boxing. Willie Monroe is one of those fighters that will get me to the level I need to for all those great fights.  And believe me, we'll get them. This is a fight that he's been asking for and it makes it special to know he's keying in on me. Everybody knows what I come for. I'm going to knock him out. I'm going to be as explosive as I can and close the show. The journey begins now in Brooklyn."

Tickets for the show, which is being promoted by Lions Only Promotions and TGB Promotions in association with DiBella Entertainment, go on sale Friday, October 26 at 10 a.m. ET. Tickets can be purchased at ticketmaster.com, barclayscenter.com, or by calling 800-745-3000. Tickets can also be purchased at the American Express Box Office at Barclays Center starting Saturday, October 27 at noon ET. Group discounts are available by calling 844-BKLYN-GP.

this is such a meh fight

This MONROE with only 6ko's is the same dude GG fought. Lol.