Jermall Charlo: Can't Hate On Canelo; Hats Off To Him

NEW YORK – As much as Jermall Charlo wants to prove himself against Canelo Alvarez, the WBC middleweight champion couldn’t justify criticizing Alvarez.

“He’s doing exactly what a lot of fighters would wanna do,” Charlo told BoxingScene.com following a press conference Thursday in Manhattan. “You know, if you ever looked at boxing and wanted to be that guy, you have to move up divisions and show people, ‘I’m the best in every division.’ And he’s doing a good job of it. His team is marketing him real well. He’s having championship fights outside of his weight division. Hey, hats off to him. You cannot hate on a person who’s doing such a thing, and so well. I have nothing bad to say bad about him. Just if you give me the opportunity, I will [fight Alvarez].” 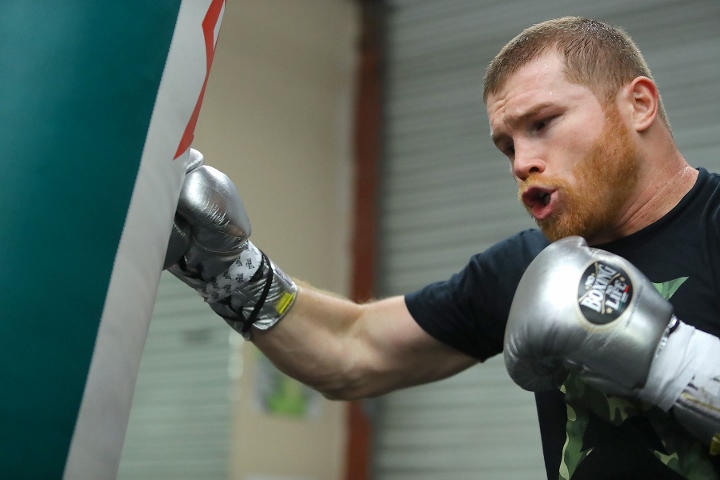 Charlo (29-0, 21 KOs) made the first defense of that WBC world middleweight title June 29. He beat Brandon Adams (21-3, 13 KOs) by unanimous decision that night in a 12-rounder at NRG Arena in Houston.

The former IBF junior middleweight champion is scheduled to defend it a second time December 7. Charlo is set to square off against Irish veteran Dennis Hogan (28-2-1, 7 KOs) in a main event Showtime will televise from Barclays Center in Brooklyn.

Charlo, 29, doesn’t know whether Alvarez ever will return to the middleweight division now that he has moved up 15 pounds to compete at light heavyweight. Whatever happens thereafter, Charlo expects the Mexican superstar to make a successful debut at the 175-pound limit November 2 at MGM Grand Garden Arena in Las Vegas (DAZN).

“I think he will beat Kovalev,” Charlo said. “He’s younger, hungrier and the situation is [made] for him. Kovalev is a strong fighter, a big guy, tall and rangy. So, styles make matchups. Canelo’s gonna come straight to him and Kovalev is gonna have to box. Canelo’s kinda faster than [Andre] Ward, so his size will make the difference. We’ll get the chance to see what Kovalev will do. Canelo’s the favorite because the situation is for him. You’ve gotta knock him out.”

Just to remind some heads

[QUOTE=The Big Dunn;20142331]You read it, you just can't refute the point. [/QUOTE] Again stopped reading here. If there was an algorithm with forum codes I'd bet my account that I don't read after my decision. It could be measured by…

[QUOTE=I'm Widdit!;20142322]I don't mind opinion. But if you start with falsehoods then its the last sentence I read. Cowards start with fake premises![/QUOTE] You read it, you just can't refute the point. Canelo can want to unify but that doesn't…

[QUOTE=The Big Dunn;20142305]don't be a coward. Read the whole post. Don't ask questions if you are not willing to read the whole post.[/QUOTE] I don't mind opinion. But if you start with falsehoods then its the last sentence I read.…