WBC middleweight champion Jermall Charlo was the bigger, stronger fighter and landed the harder punches vs. the game Sergiy Derevyanchenko, who landed 180 & threw 681 more punches than any Charlo opponent.

Charlo landed 18 of 52 punches per round, landed 7 of 25 jabs per round and landed 41% of his power punches. The gutsy Derevyanchenko threw a fight high 89 punches in round 12. 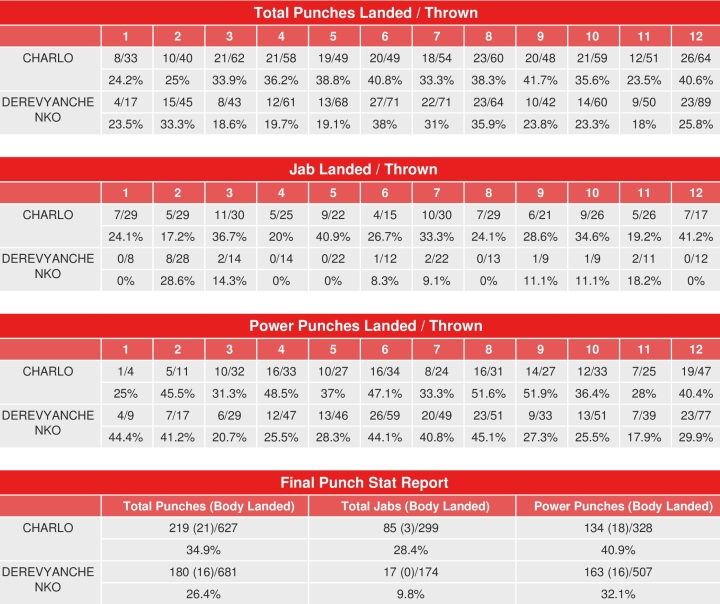 Mohegan Sun, CT. - WBC middleweight champion Jermall Charlo (31-0, 22 KOs) picked up the most significant win of his career with a twelve round unanimous decision over the ultra-game Sergiy Derevyanchenko (13-3, 10 KOs).