Jermall Charlo Named As A Suspect In Aggravated Assault Case; No Arrests Made

Jermall Charlo is still awaiting word on his next fight, though allegations beyond the ropes are what has currently landed him in the headlines.

The unbeaten two-division and reigning middleweight titlist has been identified as a suspect in an alleged aggravated source, according to a development first reported by TMZ Sports.

The alleged incident in question took place Saturday at around 10:00pm in Missouri City, Texas which is located in the greater Houston area where Charlo currently resides. According to the report, local authorities in Fort Bend County conducted a welfare check in response to a call on site, where a party had taken place. An unnamed claimant alleged to have been assaulted to the point of suffering bodily harm at which point an official report was filed classifying the alleged incident as Aggravated Assault Causing Serious Bodily Injury. 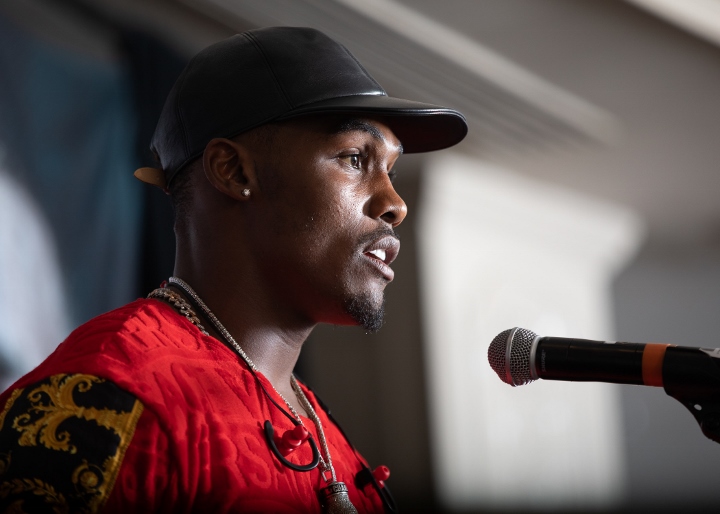 According to Chapter 22 of the Texas Penal Code, the conditions for Aggravated Assault Causing Serious Bodily Injury are:

By state law definition, Serious Bodily Injury is classified as:

Aggravated Assault cases in Texas are charged as a second-degree felony. If found guilty, said offending party could serve anywhere from two years up to 20 in prison. The charge also carries a maximum fine of $10,000. Extreme cases are classified as first-degree felony, which extends the maximum sentence to the possibility of life in prison.

Charlo has not been arrested, nor have any arrests been made related to the case. Inquiries made by BoxingScene.com seeking comment or additional details from local authorities went unreturned as this goes to publish.

Charlo and his twin brother, Jermell are both represented by Premier Boxing Champions (PBC), who did respond to an inquiry but unable to provide much insight given the legal measures.

The incident marks the first time Charlo (30-0, 22KOs) has made news of any kind for much of this year. The 12-year pro recently celebrated his 30th birthday along with twin brother Jermell, with both having not fought since the end of 2019. Jermall defended his middleweight title in a one-sided 7th round stoppage of Dennis Hogan last December, two weeks prior to Jermell regaining his junior middleweight title in an 11th round stoppage of Tony Harrison in their memorable rematch.

Both are expecting to return to the ring shortly after PBC is given the all clear to resume its boxing schedule in a healthy and safe capacity given the current coronavirus disease (COVID-19) pandemic. Prior to the global health crisis, Jermall Charlo was being groomed for a showdown with second-generation middleweight Chris Eubank Jr.

I can see charlo assaulting someone because they told charlo to his face that they think he lost to korobov. Even telling him that he would lose to canelo or he's scared to fight devrevchenko. I told him in his…

I'd like to see this guy behind bars. It's useless seeing him in the ring. All he does is showcase fights.

[img]https://i.imgur.com/HbMq19J.gif[/img] #lionsonly Edit: Whoops, I thought this was about Mell Charlo. Oh well.

[QUOTE=deanrw;20596926]When I hear this stuff it doesn't surprise me. Guys that fight for a living also allow fighting to spill over outside the ring when having other issues. Finding a fighter who has never had a violent incident outside the…