BoxingScene.com hast learned that Franklin will face Jerry Forrest in a 10-round fight that night in Tacoma, Washington. The Franklin-Forrest fight will headline a “ShoBox: The New Generation” telecast on Showtime from the Emerald Queen Casino.

In the co-featured fight, another rising heavyweight, Otto Wallin, will encounter veteran B.J. Flores in a 10-round bout. 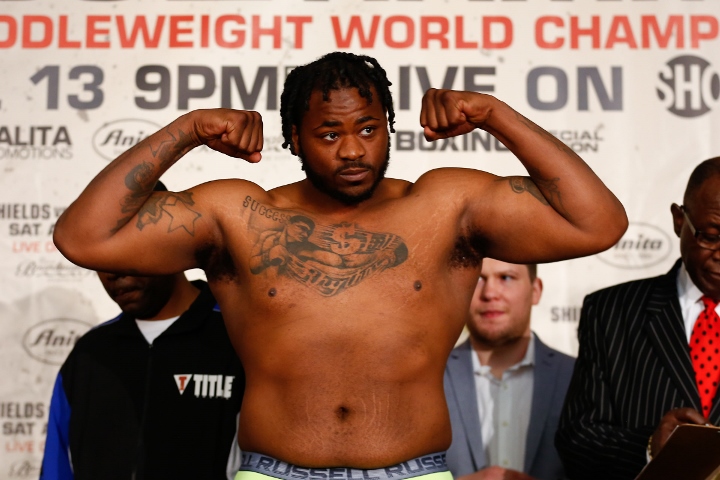 This show will mark the second time in three months that Franklin (18-0, 13 KOs) and Wallin (20-0, 13 KOs, 1 NC) will compete on the same Showtime card. On April 13, Franklin, of Saginaw, Michigan, and Sweden’s Wallin, both represented by Salita Promotions, boxed on the Claressa Shields-Christina Hammer undercard from Boardwalk Hall in Atlantic City, New Jersey.

In the bout before Shields beat Hammer in their women’s middleweight title unification fight, Franklin defeated Rydell Booker by unanimous decision in a 10-rounder. Detroit’s Booker (25-2, 12 KOs) provided some difficulty early in that bout, but the 25-year-old Franklin overcame a slow start and beat his 38-year-old opponent by big margins on all three scorecards (99-91, 98-92, 98-92).

Wallin was forced to settle for a no-contest in the opener of the aforementioned Showtime tripleheader.

An accidental clash of heads between the Swedish southpaw and Baltimore’s Nick Kisner caused a cut over Kisner’s right eye midway through the first round of a fight scheduled for 10 rounds. A ringside physician for New Jersey’s State Athletic Control Board determined that Kisner (21-4-1, 6 KOs, 1 NC) couldn’t continue and referee David Franciosi stopped their fight.

I heard Ergashev is supposed to be on this card as well.

If anyone give him more than a sparring job, you know the state of USA boxing. We just watch this kid look just ok against Rydell and until you fix your conditioning and flaws; I'm not getting excited to see…

This kid Franklin loves to eat, just look at him.