The Arkansas Democrat-Gazette reports Taylor was scheduled to stand trial on a felony terroristic threatening charge and a misdemeanor domestic battery charge. But on Monday, prosecutors said they haven’t been able to find or contact the woman who levied the accusations.

Police in the Little Rock suburb of Maumelle arrested Taylor in July 2017 on a disturbance call. A woman alleged that Taylor bit her on the arm and face and threatened to kill her. 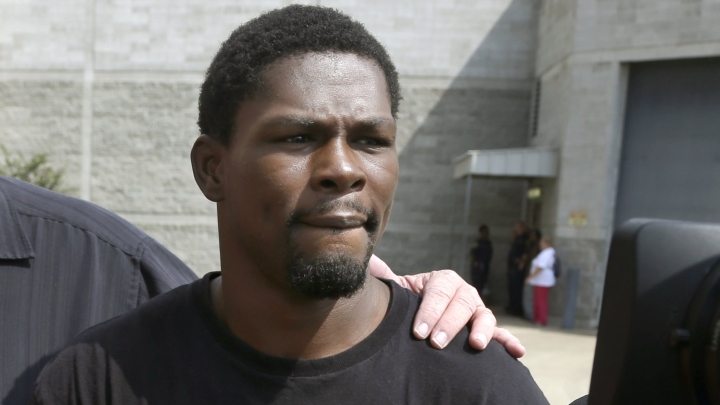 IN OTHER NEWS: This past Friday night, Tyrone Crawley, Jr. and Ricardo Garcia fought to an eight-round majority draw before a capacity crowd at SugarHouse Casino in a junior welterweight bout.

The fantastic nine-bout show was promoted by King's Promotions.

It seemed that Garcia was leading the action by landing combinations on the ropes. Crawley tried to keep the fight at the center of the ring by trying to lead with his left and flicking out the jab. Garcia dictated the action, but the judges did not see it that way as two of the voters saw the fight even at 76-76 and a 3rd judge had it 79-73 for Garcia.

Knight was in control of the bout and then in round five with a powerful right hook. Knight landed several more hard shots, but was unable to finish him,.

I have always been of fan of the guy, and finally got to see him fight live in what would be his final pro fight. Certainly hope he can keep his issues in check, and get the meds and care…

Jermaine needs help for his brain injuries and cannot function normally as a sane person.Family needs to help this sad goofy nut job.

Amazing how both Taylor and Pavlik, who shared wars for the ages, ended into serious trouble. Pavlik's fate looks much better now, though.