The grand finale of two three fight cards, with an intermission (Showtime PPV, 7 PM EST), will give us the first three-belted man at Jr. middleweight since Winky Wright.

That it comes by way of a veritable round robin in the last half decade only adds more punctuation to this still enduring ride in the division. Jermell Charlo has seemingly been in line to unify for a couple years. Whether it was Jarrett Hurd, Julian Williams, or now Jeison Rosario, this day was coming. A debated loss to Tony Harrison simply allowed for a conclusive, entertaining rematch along the way.

Rosario being the man on the other side is the result of what will likely remain the upset of 2020. A win and Rosario could go from relatively outside the fray to a strong contender for Fighter of the Year. He made his luck against Williams with his fists. He has a chance to do it again Saturday night.

While this might not quite be a consensus 1-2 fight, but given the unofficial process of elimination in the division, and with 3 of four major alphabet titles on the line and the fourth major titlist not currently holding a win over someone seen as among the best in class yet, the winner will widely be seen as the legitimate world champion of the class. BoxingScene will recognize the winner as the lineal king going forward.

That’s the sidebar. The fight is the thing. 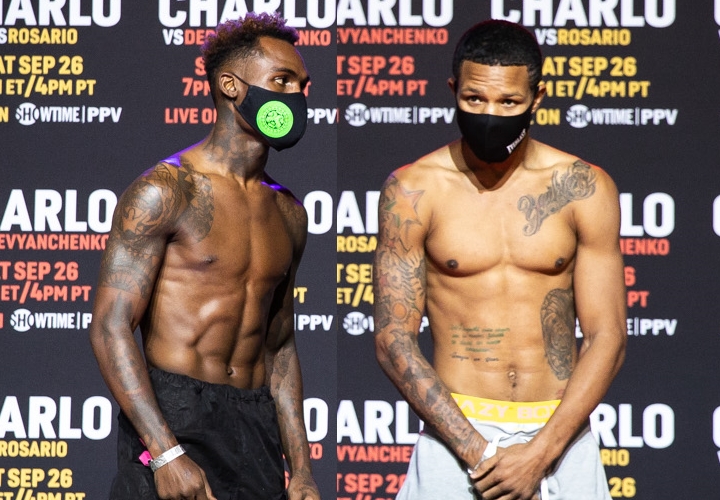 The Pick: There is an old adage in boxing to the effect that winning a title makes a fighter better. Sometimes it’s true. Sometimes it’s not. With old boxing adages, mileage varies. There is something to be said though for the idea that fighters sometimes find the extra something they need to put their whole package together.

Is Rosario one of those guys? He had his ups and downs on the road to Williams but when his moment came he seized it. Heavy handed and at times unorthodox in delivery, if Rosario can get off to a strong start against a fighter who sometimes takes a few rounds to warm up, we could see his confidence grow and make this a nail biter.

Charlo is the more seasoned, rounded fighter of the two. He’s statistically not as big a puncher as his brother but when he hurts opponents he is good at finishing them. Statistics carry their damn lies often. While the height is roughly even, Charlo has longer arms, quicker hands, better feet than the sometimes flat footed Rosario, and has been in with a wider cross section of the class.

It feels like Charlo’s fight to lose. Even if he falls behind early, he can turn the fight quickly with smart combinations though he’d be wise not to let Rosario get comfortable. The thinking here is Charlo understands the moment and the stakes. Charlo has a better toolbox, his chin has proven better so far of the two, and he carries power late. There should be some fun moments and exchanges but the pick is Charlo by stoppage inside eight rounds.