Former world super middleweight champion Jeff Lacy is back for another fight – this one in a courtroom - and “Left Hook” is coming out swinging according to a lawsuit filed Friday morning in the U.S. District Court for the Northern District of Georgia - Atlanta Division.

Alleging that Georgia’s Racetrac Petroleum, Inc. engaged in “trademark infringement and unlawful competition” for launching and selling a “Left Hook” sports drink beginning in the summer of 2013, Lacy is seeking damages of $519,786,000 as well as the removal of the drink from the marketplace. 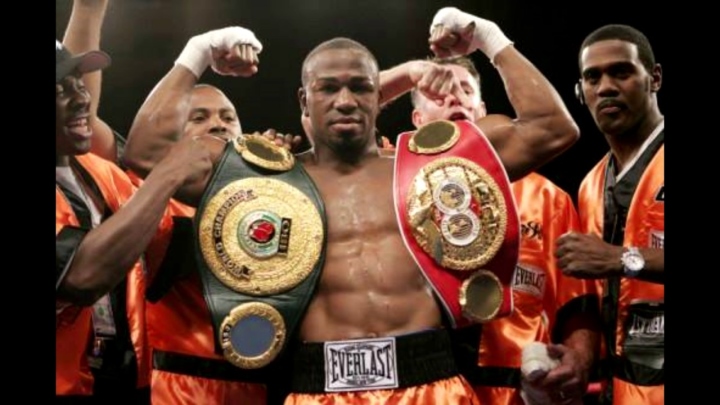 In the lawsuit filed by attorney Luke Anderson, Lacy and his co-plaintiff, manager Clay Dustin, state that, “Mr. Lacy never authorized RaceTrac to use the LEFT HOOK mark for its sports drink or otherwise. Accordingly, in March 2016 Mr. Lacy notified RaceTrac that its use of the “Left Hook” mark infringed his trademark rights. With full knowledge of Mr. Lacy’s superior rights to the LEFT HOOK mark RaceTrac had the option of conforming its unlawful conduct by voluntarily ceasing its infringement. RaceTrac choose not to. Instead RaceTrac showed absolute disregard for Mr. Lacy’s rights and the impact that its unlawful actions had on him and the LEFT HOOK mark by continuing its unlawful infringement unabated.”

A member of the 2000 United States Olympic team, Lacy, 40, compiled a 27-6, 1 NC record over the course of a 14-year pro career. He won the IBF super middleweight title in 2004 and successfully defended it four times before losing it to Joe Calzaghe in 2006.

His lawyers must know "Left Hook" is so generic and commonplace that he doesn't stand a chance, but will fleece him anyway. What a stupid man.

[QUOTE=McNulty;18624082]Start high and expect to fall in the middle. SOP. Get smart or get the fùck off my quote. But for a mongoloid like YOU, it doesn't make sense. Keep running your mouth and you'll end up on my ignore…

[QUOTE=redmish;18621105]How can anyone claim ownership of the words left hook? Besides, I only seen him fight once, against calzaghe and he never landed .... Racetrac used his name by saying the energy drink that Jeff Lacy used without his consent...

Does he have a trademark or patent on the name/product? Was he the first boxer to throw a left hook or did he invent it? Because $520m is a lot for a left hook.