Jeff Horn's Coach To Zerafa: No Trilogy - Regardless Of Outcome!

Glenn Rushton, the head trainer of Jeff Horn, has made it clear that there won't be a trilogy fight with Michael Zerafa in the aftermath of their rematch.

Rushton is angered over what he perceives as a lack of respect from the Zerafa camp, as they head in to Wednesday night's middleweight bout in Brisbane.

Rushton warned the Zerafa team that Horn is very much improved since getting stopped by Zerafa in nine rounds back in August. 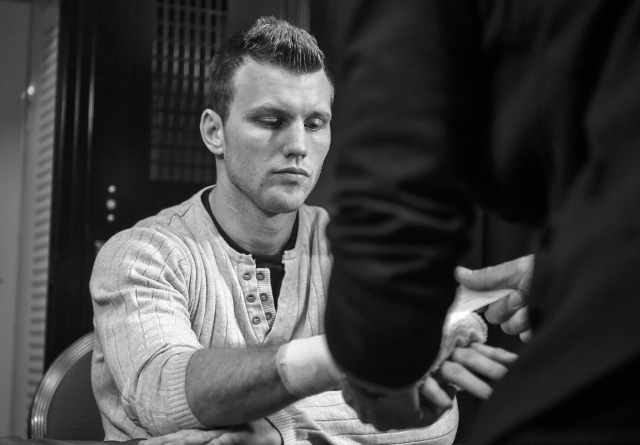 After Horn tasted defeat, he exercised his contractual clause for an immediate rematch.

"After the amount of disrespect, it will be the only time probably that I haven't gone over to another fighter's dressing room, because I'd just rather walk away, from that whole team and we'll move on," Rushton said.

Horn backed his trainer's position on a trilogy.

"It's unheard of what they are saying, it's stupid. It does give me extra motivation, when they are saying these type of things, to want to win this fight."

But Zerafa hit back, stating that the lack of respect is mutual. Horn, who captured a world title at welterweight, jumped all the way up to middleweight for the bouts with Zerafa - which some believe was a weight limit that is too high for him.

"I've trained super hard, my strength, my power, my mental ability has gone through the roof; I'm just on another level," Zerafa said.

[QUOTE=Roadblock;20263531]Because venues are cheaper and promoters feel mid week gets more casuals going to the fights that wont go on a weekend because they go elsewhere, boxing is not big here.[/QUOTE] Thanks for that! I figured it would have a…

[QUOTE=PBR Streetgang;20263499]While I don't rate Zerafa high, he gave a good account of himself against Brook and he's a pretty tough guy who puts forth an honest effort. I just think his size will be just too much for Horn…

Horn just beat Zerafa by decision in a bloody war. Horn was on the verge of being stopped when the ref made the strange decision to halt the fight so the doctor could check a cut above Horn's eye, Horn…

[QUOTE=Richard G;20263503]SPOILER ALERT and the winner by majority decision is Jeff the Hornet Horn. No more fights at middle weight Jeff.[/QUOTE] And that's my fourth consecutive won bet in the last 20 days :boxing: William Hill had Horn on points…

SPOILER ALERT and the winner by majority decision is Jeff the Hornet Horn. No more fights at middle weight Jeff.