Former world champion Jeff Horn is not expecting an easy night's work when he faces the rugged Michael Zerafa in Bendigo on August 31.

Horn has been out of the ring for some time, since a first round knockout Anthony Mundine, which took place last November at the Suncorp Stadium in Brisbane.

Horn is hoping to use Zerafa as a springboard to fight the winner of the rematch between Rob Brant and Ryoto Murata, who battle next week for the WBA "regular" middleweight title. 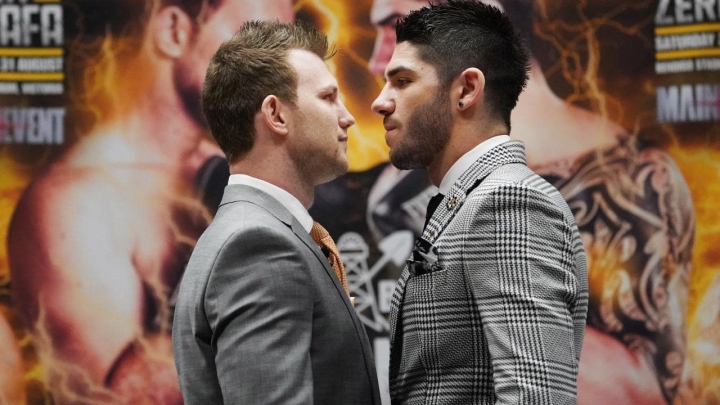 Brant dominated the first meeting and is expected to win the second fight.

“I will definitely be watching that fight,” Horn said to The Australian. “They are both very good fighters and both of them would be hard to beat. Brant has that come forward, non-stop style which can be very exhausting.

“Murata has a bit of skill behind him. I think he is a bit more skilful than Brant. It will be hard either way. I have to get through Zerafa. He is a big risk to be taking. I didn’t want a easy fight. Zerafa is one of the best in Australia.”

But Zerafa believes Horn and his handlers have made a big mistake in signing to face him.

He is far from impressed by Horn's biggest wins, against Manny Pacquiao (in 2017) and Mundine.

“I think they have overlooked me,” Zerafa said.

“We are going out there to make a statement and prove a point. I truly believe I will knock Jeff Horn out. To be honest, he doesn’t really impress me much.

“He has fought a 44-year-old Mundine and an outdated Pacquiao. I am neither of them. He has underestimated me, big time. I think him and his team have made a big mistake.”

Can't Jeffy be content on beating up lower level guys for peanuts ? AU$10K (take home) per fight x X amount of lower level scrubs = The Sweet Life. Quantity over Quality Getting destroyed every time he steps up his…

[QUOTE=Jab jab boom;19881609]One of the worst things arum did was protect pac from Crawford and made the pac vs horn match instead. Now we still have to listen to pac fans who swear he's the greatest fighter to walk the…