The two sides are discussing a contest to take place on a date in April.

According to The Weekend Australian, Horn’s promoter Dean Lonergan and Tszyu’s representative Matt Rose held further talks on Friday but at the moment the two sides are no closer to a deal. 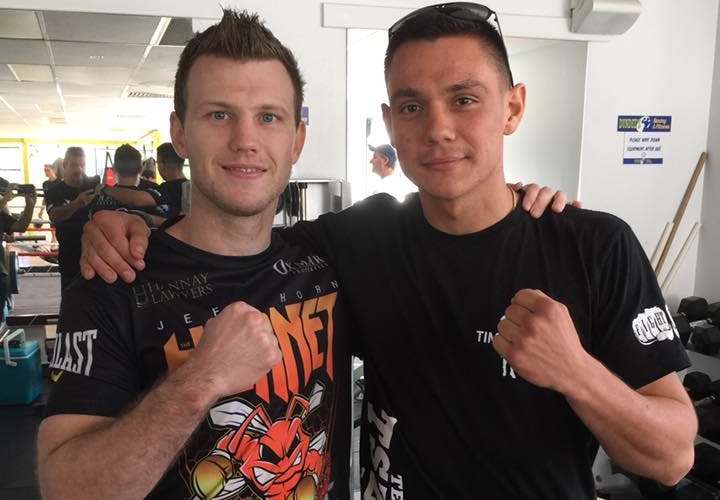 The two sides have already reached an agreement on the money, with a 60-40 revenue split in favor of Horn.

But there are two hurdles that neither side is budging on.

Horn want a rematch clause - Tszyu does not. And Horn wants a ten round fight, while Tszyu believes his chances are better the longer the fight goes on and is looking for a twelve round fight.

“The fight now hangs in the balance,” Lonergan said.

“The Horn camp won’t do an agreement without a rematch clause. Matt Rose was very aggressive on this point, but he’s got to realise raising his voice and carrying on like a pork chop is not going to change our position. If Tim Tyszu wants this fight his team will need to concede on this point. Horn is on the A side and will dictate terms.

“They were smart enough to concede they were only a 40 percent of the equation and we were very generous in letting them have that much. Tim Tyszu and team should look at the rematch clause as a compliment. It says we are taking them seriously and the fact we won’t back away from it tells him we know this is a real fight. The ball is now in their camp as to whether they want the fight or not.”

The fight will be at 154, light middle. I'm guessing that Horn wants 10 rounds because he cuts so badly, the longer the fight the more that may become an issue. He only has a few months to heal from…

F*** this I am getting old, used to love watching Tim's old man as a kid now his son is taking on the world. Props to Tim for wanting this fight but he hasn't fought at this level yet so…

Asking for the rematch clause is so that, if the outcome is controversial, Fighter B can't run. Lest we forget, Manny had a rematch clause for Horn, which he DUCKED. So let's be careful talking about why fighters ask for…

Curious as to how the Australian fight fans view this matchup. I saw that they planned on having it scheduled for a Wednesday so that their football games don't impact their viewership.