The win was a measure of revenge for Horn after he was outgunned by Zerafa earlier this year in Bendigo.

In that fight Zerafa knocked out an unfit-looking Horn, but this time 'The Hornet' was better prepared for what 'Pretty Boy' Zerafa would bring to the fight and the local fighter was out of the blocks quickly. 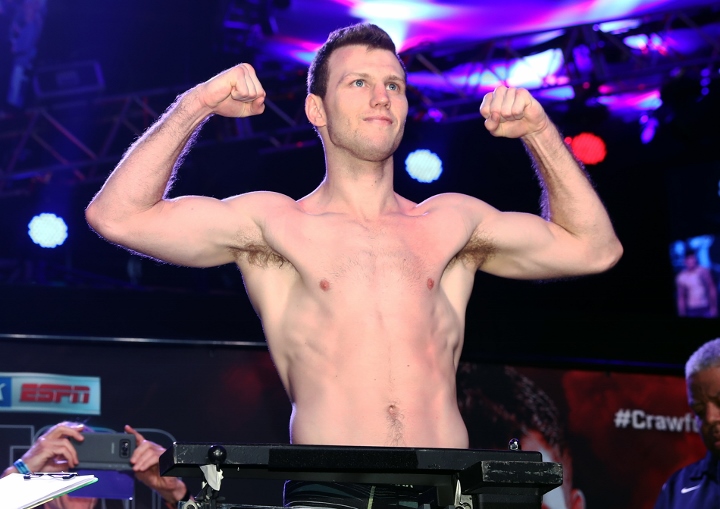 However, as in the Battle of Bendigo, Horn was cut open early in the fight, this time from a head clash, and the Brisbane local was left with blood streaming down his face from a cut near his left eye.

Horn seemed unperturbed and moved around the ring well, landing his jab almost at will on the champion, though he was cautioned in the second round for hitting Zerafa in the back of the head.

Zerafa finally managed to find his range through the middle rounds and worked hard to close the points gap, seemingly getting on top of Horn and gaining confidence.

That was until late in the ninth round when Horn landed a massive right hand that sent Zerafa crashing to the canvas.

Zerafa had previously landed several rights of his own early in the ninth before Horn managed to land the big blow.

The final round saw both fighters trade blows but neither could land the knock-out blow and the fight went to the scorecards as Horn had his hand raised in triumph.

Zerafa was not entirely happy that the referee temporarily stopped proceedings in the ninth to check on Horn's cut but conceded Horn did win the fight.

Where Horn goes to now remains to be seen, he could take a third fight with Zerafa or perhaps look to again try and chase a world title.

There was a twist before the bout when Horn's trainer Glenn Rushton opted to choose the second pair of gloves made for Zerafa over the ones made for his own fighter.

I can`t find that fight. I wanna see that blood bath.

[QUOTE=bender2000;20276904]This from someone still using the term pac tard ? Go crawl back under your uneducated rock ****head , for the amount of posts I see your rep rating is **** everyone else must see your an idiot[/QUOTE] 'Pactrad' is…

There should be GrandPac vs. Horn 2 in the Philippines after the PBC contract...

[QUOTE=Richard G;20275108]What pactrads say is ignored by those who are unbiased and boxing educated, the simple fact is that none of the participants or their camps complained about dirty tactics, none. You need to educate yourself on non gay in…