Jeff Horn: I'd Love To Stop Crawford in One - Shut People Up!

WBO welterweight champion Jeff Horn (18-0-1, 12 KOs) and members of his team are furious with the training accommodations in Las Vegas.

Next Saturday night, Horn will defend his title against mandatory challenger Terence Crawford (32-0, 23 KOs) at the MGM Grand Garden Arena.

Horn, 30, was feeling heat - as he was training in the Top Rank gym - where the boxer claims it was extremely hot from the Vegas summer weather - and there was no air conditioning in the facility. 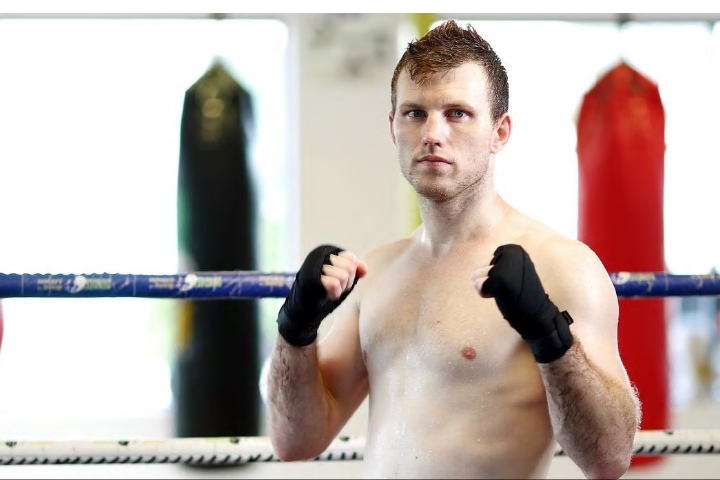 Horn is shaking his head at being placed in that facility by Top Rank, who promote Crawford.

"The Americans are doing everything to try to rattle me,’’ Horn said to Fox Sports.

"I got off the long flight from Brisbane and did a few rounds to loosen up but it was just too hot to train in that gym for too long. I could have damaged myself. Who builds a brick and tin gym in the desert with no air conditioning anyway?’’

Horn is a huge underdog in the contest - despite being the bigger man and Crawford moving up in weight from 140-pounds.

Because so many experts are overlooking Horn, he would love to win the contest with a first round knockout.

"I won the Australian title with a first-round knockout in 2013 and I’d love to stop Crawford just as quickly. It would shut a lot of people up,’’ Horn said.

Glenn Rushton, who trains Horn, sided with his boxer regarding the high temperatures in the Top Rank gym - with the air conditioning being out of order.

``The facilities and conditions here are very oppressive,’’ Rushton said.

``We were expected to work out in [100] degree heat and I believe the temperature is going above [100]  next week ahead of the fight. The Top Rank gym has a tin roof so the heat is stifling. The people who run it told us the air conditioning didn’t work. Then we tried to get the big metal roller doors lifted but they were locked tight and no one had the key. The punching bags were in poor shape and the speed ball was totally deflated. We eventually got one of the roller doors up yesterday but we don’t want to continue training there."

Horn isn't scared to fight anyone he's not floIV mayweather who will cherry pick an opponent.

Thing is though, it's not people talking. It's you talking the most, and people just calling you out for it.